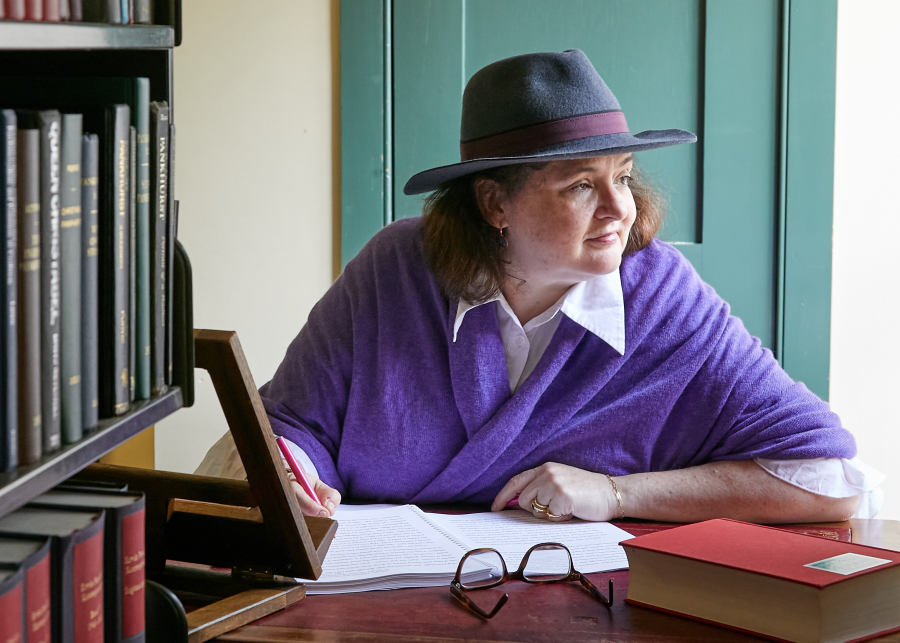 Selina Mills is an award-winning writer and broadcaster who is legally blind.

Educated in the USA and the UK, Selina has worked as a senior reporter and broadcaster for Reuters, The Daily Telegraph, and the BBC. She has regularly written for various publications including The Observer and The Spectator. She has a keen interest in disability and how it shapes our world.

Selina has been a contributor to the ground-breaking BBC/Loftus series “Disability: A New History” (2013) which has been rebroadcast around the world, and  regular commentator to BBC Radio 4’s “In Touch”programme

Selina also created the original idea and co-wrote the libretto  (with Nicola Werenowska) “The Paradis Files”, a chamber opera by Errolyn Wallen, which premiered at London’s Queen Elizabeth Hall, Southbank in April 2022, and then on tour around the U.K. The opera follows the real life story of Maria-Theresia Von Paradis (1759-1824) the talented musician and composer, known as “the Blind enchantress”  https://graeae.org/our-work/the-paradis-files/

Currently Selina is finishing a part-memoir and part history book on blindness called, Life Unseen: A Story of Blindness