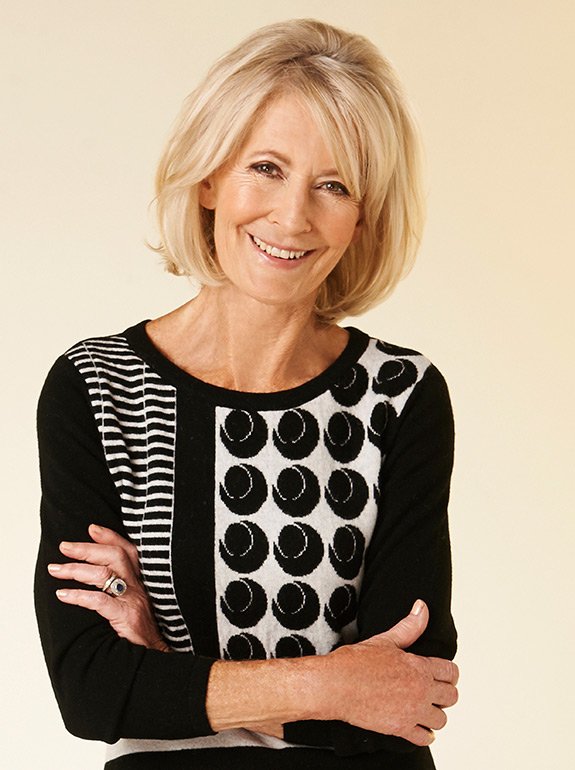 Sandra Howard was one of the leading fashion models of the 1960s, appearing on the cover of American Vogue two months running. She worked as a freelance journalist alongside modelling before turning to novel writing. She continues to write regularly for the press.

Her most recent book The Consequence of Love was published in 2017.  She is currently working on a love story set in WWII.

Sandra is a freelance journalist, and writes regularly for a number of the National Newspapers, as well as publications such as High Life, Good Housekeeping and the Evening Standard.

Sandra is actively involved with two national charities. She is a trustee of Addaction, a charity helping people to fight drug and alcohol addiction, and Vice President of The National Centre for Young People with Epilepsy (NCYPE).

She speaks and writes on a variety of subjects including food, travel, fashion and political life.

Sandra has three adult children and is married to the former British Conservative Party Leader Michael Howard. They live in London and Kent.

#BBCAQ Come off it! Treating Scotland appallingly? We shell out gazillions

Where indeed? It’s pretty chilly, big question, dare we put the heating on before the end of the month?

To whoever people suggested ginger in pear cake ~ You are a genius (Not quite as genius as me, but then that can't ever happen...)

The little people have spoken: they love Arlo and the Great Big Cover-Up! It’s available in America and Britain via Amazon and http://10ofthose.com. I will personally Venmo your money back if the little person who you buy the book for doesn’t enjoy it.

The last of sunny-day eating. This is a dinner-sized plate and one single vast tomato - given to me by a friend. Is there a record for #tomatoes weight and girth?

And this was the before... #Move

30 unpacked so far and you should see the other rooms!
#Moving murder

Hub doing very well on #GMB this am, listening and proud

Been there, the kids said it re their dad many times, back in the days....

So very sad that #RonnieHarwood has died. He was a warm, generous and wonderful friend - and wrote brilliant clever witty and thought-provoking plays. And always the greatest fun to be with. He will be very much missed

Moving pads in London- larger to smaller...up to my hairline in STUFF

Wonderful, thinking of all those mums and dads seeing them off safely with a family-allowed hug!

Anything to reduce the stress hormones....

Fascinating, listening to the two self published authors on @BBCWomansHour this morning. So many working women have such moving stories to tell. Never believe you can't be #amwritingfiction just takes perseverance and time

Too late for us oldsters...

Into second week of quarantining but... There was always Dymchurch. Past happy times...

Nothing as funky and trendy - and tempting - in M’s day.... Laze in luxury and enjoy