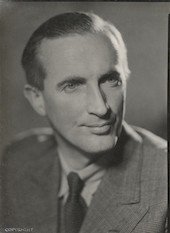 The youngest sibling in the literary Sitwell family, Sacheverell ‘Sachie’ was born in 1897 in Yorkshire, England. He was educated at Eton College and Oxford. In World War I he served from 1916 in the British Army, in the Grenadier Guards.

After the war he was heavily involved in the projects of his siblings, Osbert and Edith. Sacheverell’s poetry came under severe attack by those who disliked the Sitwell family in general, and in response Sacheverell refused to publish any of his poems for many years. In 1967 Derek Parker published a selection of his poems in the summer edition of Poetry Review, including his elegy for his beloved sister Edith.

As an aesthetic adventurer and cultural pioneer, Sacheverell’s travel writing gives us remarkable insight into the many lands he visited.