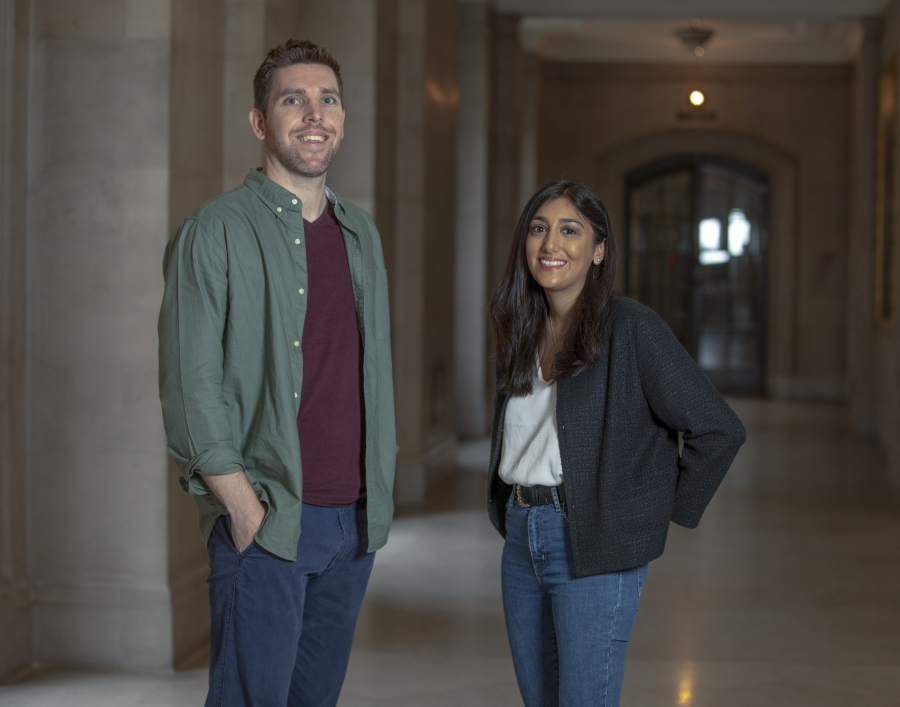 Rupal Patel became interested in economics during the 2007-8 financial crisis, when she was still at school. She soon started wondering why Woolworths was closing down, why the news was suddenly filled with GDP figures, and what all this had to do with the money in her pocket. Today, Rupal is an economist at the Bank of England, where she spends her days trying to make sure such crashes don’t happen in future – and working out how to respond if they do.

Growing up on a little island just off the North Kent coast, Jack Meaning first got into economics as a way of explaining the changing world around him. That interest soon spiraled out of control, leading him to study for a degree in the subject, then another, and then another. In the years since finishing his PhD, Jack has worked with governments and policymakers around the world, latterly as an adviser to two Chief Economists at the Bank of England.

Their book, Why Can’t we just Print More Money? (Cornerstone Press, 2022), is a humorous and informative guide to economics.