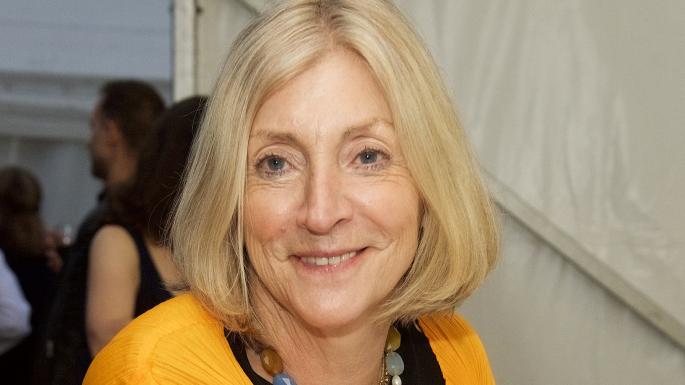 Rosie Boycott is a journalist and publisher. From 1992-96, she was editor of the men’s magazine Esquire. Boycott was the first female editor of two national broadsheets, heading The Independent and its sister publication the Independent on Sunday. Later, she edited the Daily Express. She has sat on judging panels for literary contests, notably chairing the panel judging the 2001 Orange Prize for Fiction. She is also a media advisor for the Council of Europe.

Rosie is currently the Mayor of London’s food advisor, alongside working at Capital Growth, which promotes gardening in London, with an eye to the environmental implications of the city.

Rosie is the author of several books, including her 2009 memoir A Nice Girl Like Me. She wasn’t a typical 1960’s Cheltenham Ladies College girl. By the age of 21 she had co-founded the feminist magazine Spare Rib and the feminist publishing house Virago, whilst experimenting with drugs, sex and booze. But she wanted more: more experience, more travel, more passion. The book recounts the remarkable journey from her teenage years, through an epic motorcycle trip to the successful journalist she is today.

Rosie has also written about her passion for gardening, with Our Farm published in 2007 and Spotted Pigs and Green Tomatoes following soon afterwards in 2008.

Dinner on your own is dinner with someone you love. The sublime @jayrayner1 on @5x15stories

Now listening to the wonderful @LawrenceWright on The Plague Year @5x15stories

So enjoying the brilliant @tahmima @5x15stories . Being @AStartupWife is a really insightful book. Listen in

Is liberalism dying? What can we do to save it? Listen to @fromTGA ( timothy Garton Ash) @5x15stories . Stunning analysis from the historian of the present

This is a crucial moment: are we fighting the first or Second World War? Will we opt for the misery of 1918 or the brilliance of 1945? Listen to @iangoldin talk about his new book Rescue @5x15stories

Tonight we welcome the incredible @HoratioClare back to 5x15 to talk about Heavy Light: A journey through madness, mania and healing. There is still time to register and join us:

WOW! I had never seen this before and it puts wild and/or permanent grassland #carbon storage potential in perspective https://twitter.com/LuWrites/status/1374268146698321920

The fabulous @NellFrizzell tells a beautiful story of Berlin, biking, friendship and The Panic Years for @Selfridges #5x15stories

“Black British motherhood is to be celebrated” - the wonderful Candice Brathwaite talks about ripping up the rulebook and breaking down the negative stereotypes with her work with Make Motherhood Diverse and her best selling book I Am Not Your Babymother. #5x15stories @Selfridges

On the way in... New Year’s Day, watched by Fred the Labrador. Happy new year

The tyranny of merit: brilliant talk by Michael Sandal and the wonderful @pollytoynbee @5x15stories

Revisit the inspiring conversation at our special Future of Food event - everything from farm to fork - with the incredible line up of thinkers and writers: @Didara @timspector
@tasha_tatenda @HenryDimbleby @RosieBoycott

Very sad news: he was a lovely man who I was lucky enough to know for fifty years. What a giant hole he leaves behind

Amazon deforestation up 64% on this time last year. Disaster