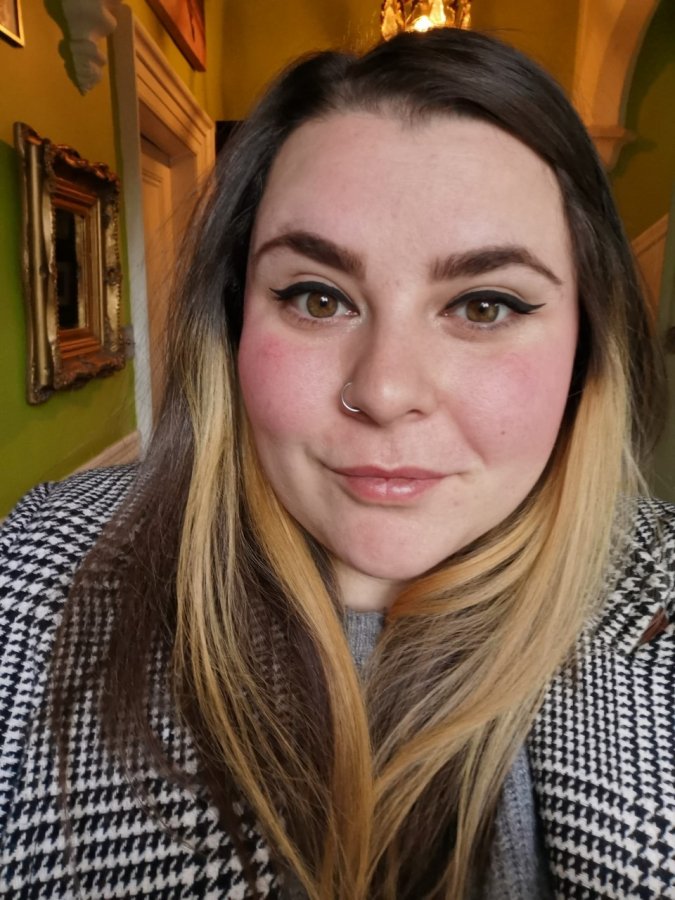 Rose Wilding is a queer, working class writer with an MA in Creative Writing from the University of Manchester.

She lived in Newcastle Upon Tyne until she was 27, where she worked in customer service, collecting idiosyncrasies from everyone she met. Since moving to Manchester she has tried to escape twice- the first time resulting in her being locked down in a camper van in a Macclesfield car park, and the second ending in a (very affable) divorce.

Her philosophy on life is: either things go well or you get a good story out of it. If things go really badly, you get a novel out of it.

Her first novel, Speak of the Devil, will be published by Baskerville in 2023.