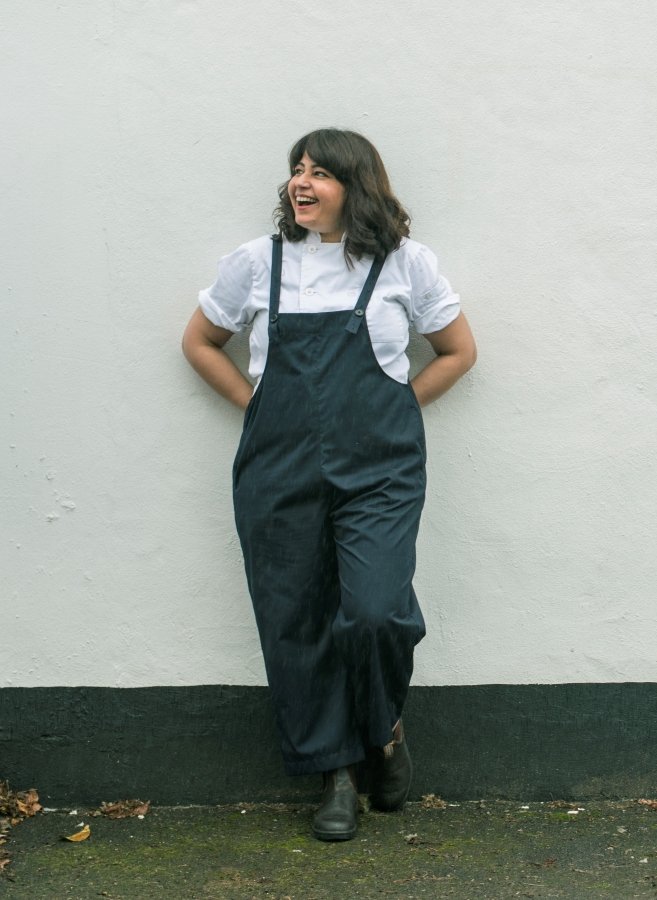 Romy is a British/Indian chef, food writer, author and broadcaster. She was the owner and head chef at Romy’s Kitchen. In 2016 she was appointed an MBE in the Queen’s 90th birthday honours list. Romy is now one of the chefs on the new series of Ready Steady Cook on BBC One and has previously appeared on Sunday Brunch, BBC The One show, BBC Country life, BBC Celebrity MasterChef, The Hairy Bikers’ Comfort Food, James Martin’s Saturday Morning and much more. Romy is also a regular on BBC Radio 4’s Food Programme. She is the author of ZAIKA – Vegan recipes from India, and regularly contributes to national and international publications, including The New York Times. Romy was invited to speak at the Mad Symposium in 2018 and recently was invited to cook at the prestigious James Beard Foundation in New York.

Her latest release, On the Himalayan Trail published by Hardie Grant, tells the fascinating story of Kahmir and Ladakh’s unique cuisine through over 80 home made recipes. Featuring breathtaking photography by Poras Chaudhary and Matt Russel, this cookbook offers an intimate window into the life and the history of the Kashmiri and Ladakhi people.

Praise for On the Himalayan Trail:

Romy really takes her readers on a journey they’ve most likely not made before. In sharing her passion for the people, places and produce of Kashmir, Romy’s appetite for this lesser-known part of India, its ingredients, its recipes, its stories, becomes quite contagious. – Yotam Ottolengh

On the Himalayan Trail beautifully showcases the splendour of Kashmir through delicious recipes, engaging stories and stunning photographs that bring its lakes, valleys and people to life.- Ravinder Bhogal

Romy Gill’s curiosity and warmth have produced a thrilling book that expands the mind and promises some great meals. – Sheila Dillon