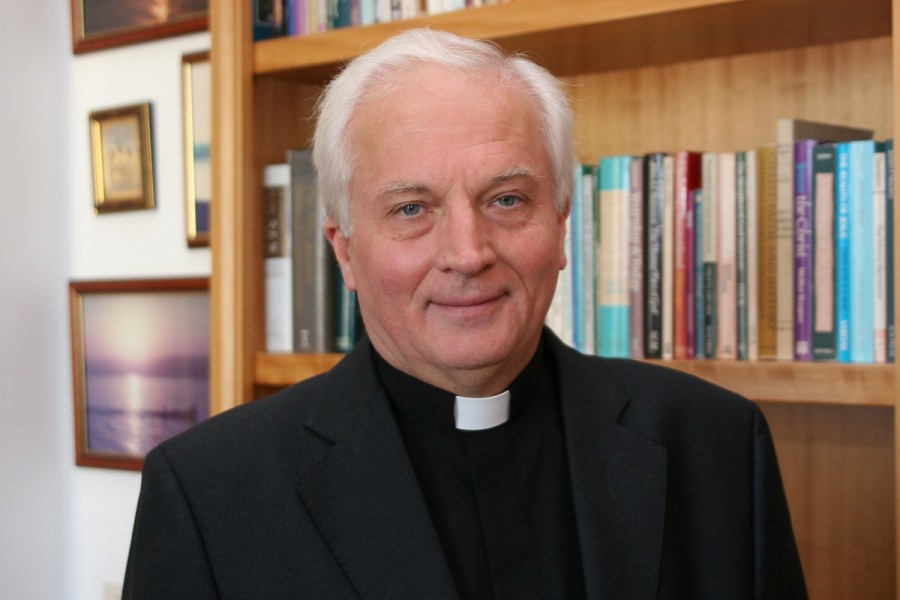 Roderick Strange was born in 1945 and ordained a priest of the Catholic Diocese of Shrewsbury in 1969. Since then, besides working in parishes in that diocese, he was one of the Catholic chaplains at Oxford University from 1977 to 1989 and from 1998 to 2015 was Rector of the Pontifical Beda College in Rome, a college that prepares older men from the English-speaking world for priestly ordination. As Rector, he was in 1999 appointed a Prelate of Honour by Pope John Paul II with the title of Monsignor. He is now a professor of Theology at St Mary’s University, Twickenham, the only faith-based university in the London area, and Rector of Mater Ecclesiae College, a pontifical institute based at St Mary’s.

Besides these responsibilities, he has directed retreats both for lay people and for priests in Australia, Canada, and Asia, as well as the United Kingdom, contributed to The London Times since 2002, and acted as an adviser to the BBC, notably during the papal visit in 2010, when Pope Benedict XVI beatified Cardinal John Henry Newman, and in 2013 when Pope Francis was elected. He has also written a number of books, on the Catholic faith and on Newman. In 2015, he published John Henry Newman: A Portrait in Letters, which had been commissioned by Oxford University Press and was drawn from the 32 volumes of Newman’s letters. His latest book, Newman: The Heart of Holiness, coincides with Newman’s canonisation.