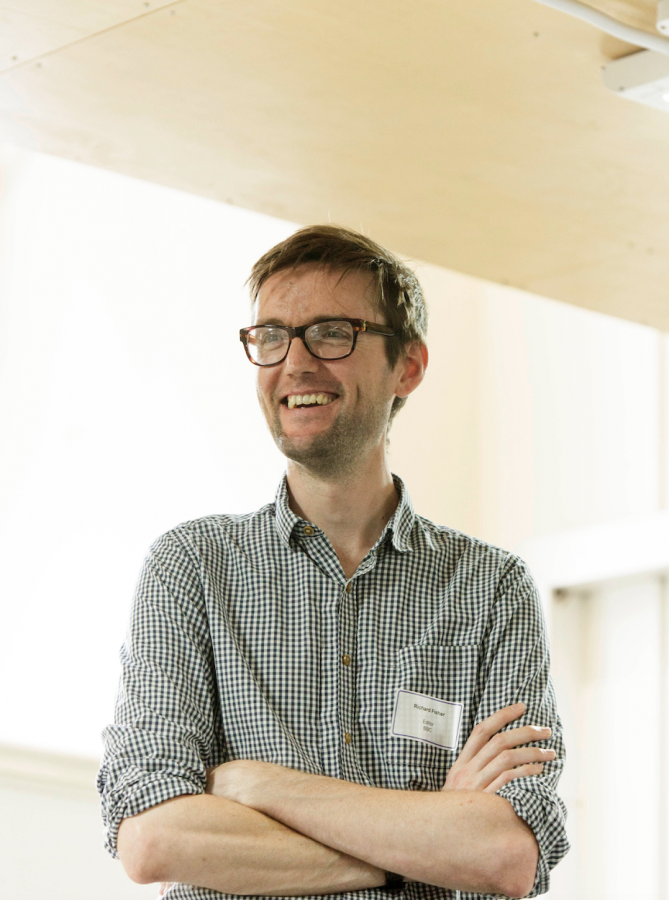 Richard Fisher is an award-winning senior journalist at the BBC in London. He writes and commissions in-depth features for BBC Future, a science, health and technology website run by BBC Global News for an international audience. The site, which reaches more than 5 million people per month, is dedicated to asking deeper questions about how our world is changing, through high-quality, evidence-based journalism.

In 2019, Richard was selected for the 2019-20 Knight Science Journalism fellowship at Massachusetts Institute of Technology in the US. As a Fellow, he pursued research about the history and causes of short-termism, the moral philosophy of intergenerational attitudes, and the psychology of time perception and long-term thinking. Richard’s past experience includes a role as Managing Editor of the BBC.com features team, which involved overseeing BBC Future, BBC Culture, the BBC.com homepage, and BBC Reel, which publishes short documentaries. Prior to that, he was a senior news editor and feature editor at New Scientist magazine for eight years, covering everything from physics and earth science to psychology and biology. Richard has spoken and moderated at various conferences including SXSW in Texas and the Futures Congress in Chile. He was the lead editorial curator of the BBC’s World-Changing Ideas Summit in Sydney in 2016. He is currently working on his first book.