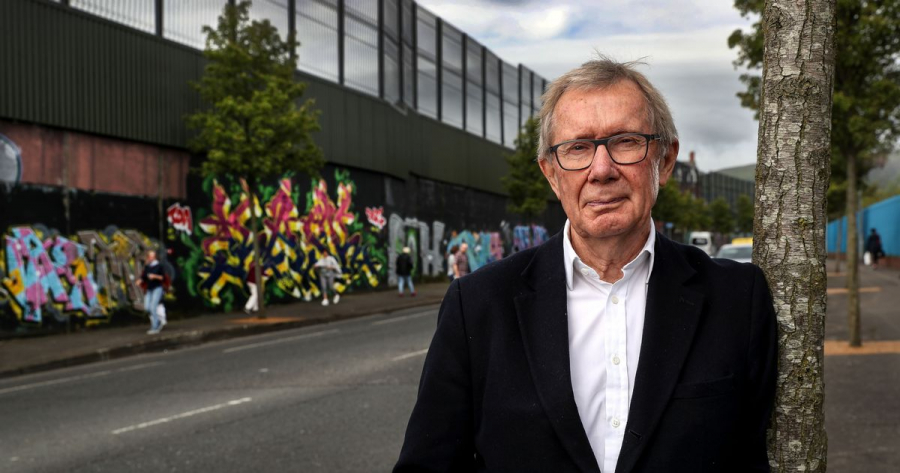 Peter is acknowledged to be one of the BBC’ most distinguished and respected journalists, best known for his coverage of the Irish conflict and political violence over the past 50 years.

He has won many awards for his work including Journalist of the Year, the James Cameron Award and Lifetime Achievement Awards from both BAFTA and the Royal Television Society. He was also presented with an OBE and an Honorary Doctorate in Peace and Security Studies from Bradford University.

The Times, reviewing his recent BBC2 documentary, “Ireland After Partition”, suggested Peter should be ranked alongside David Attenborough in any panoply of TV grandees.

If you long for honesty, reason and reflection amongst the firestorm of today’s news, you will find it here. Taylor walks in the steps of Richard Dimbleby, Frank Gillard, Rene Cutforth and James Cameron, a reporter who can face human horror and help us comprehend it.

Peter has written nine books – eight of them related to Northern Ireland, terrorism and political violence.

“Beating the Terrorists. Interrogation in Omagh, Gough and Castlereagh.”  Penguin 1980

“Stalker. The Search for the Truth.” Faber and Faber 1987

“Talking to Terrorists. A Personal Journey from the IRA to Al Qaeda. Harper Collins. 2011