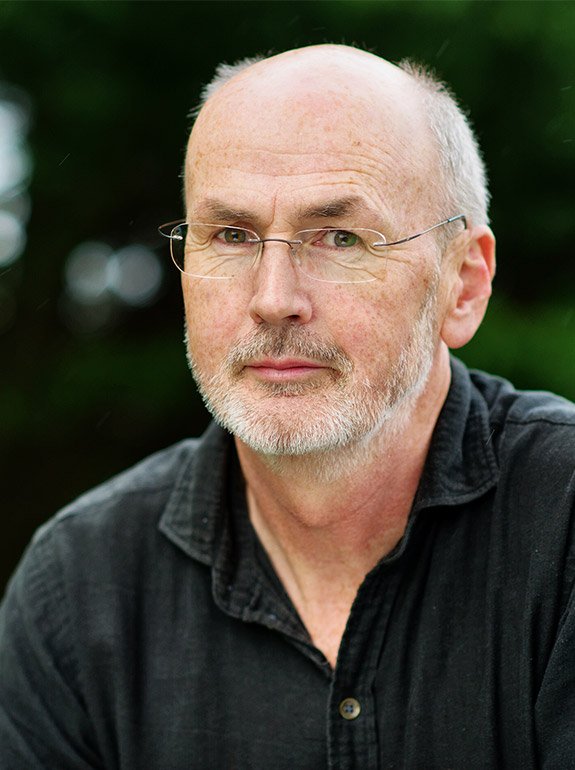 Niall Williams was born in Dublin in 1958. He studied English and French Literature at University College Dublin and graduated with a MA in Modern American Literature. He moved to New York in 1980 where he married Christine Breen, whom he had met while she was also a student at UCD. His first job in New York was opening boxes of books in Fox and Sutherland’s Bookshop in Mount Kisco. He later worked as a copywriter for Avon Books in New York City before leaving America  with Chris in 1985 to attempt to make a life as a writer in Ireland. They moved on April 1st to the cottage in west Clare that Chris’s grandfather had left eighty years before to find his life in America.

His first four books were co-written with Chris and tell of their life together in Co Clare.

Niall’s first novel was FOUR LETTERS OF LOVE. Published in 1997, it went on to become an international bestseller and has been published in over twenty countries. His second novel, AS IT IS IN HEAVEN was published in 1999 and short-listed for the Irish Times Literature Prize. Further novels include THE FALL OF LIGHT, ONLY SAY THE WORD, BOY IN THE WORLD and its sequel, BOY AND MAN.

In 2008 Bloomsbury published Niall’s fictional account of the last year in the life of the apostle, JOHN.

His novel, HISTORY OF THE RAIN, was published by Bloomsbury in the UK/Ireland and in the USA Spring 2014, and was long-listed for the 2014 Booker Prize. His latest novel THIS IS HAPPINESS was published in September 2019.

Niall has recently written several screenplays. Two have been optioned by film companies.