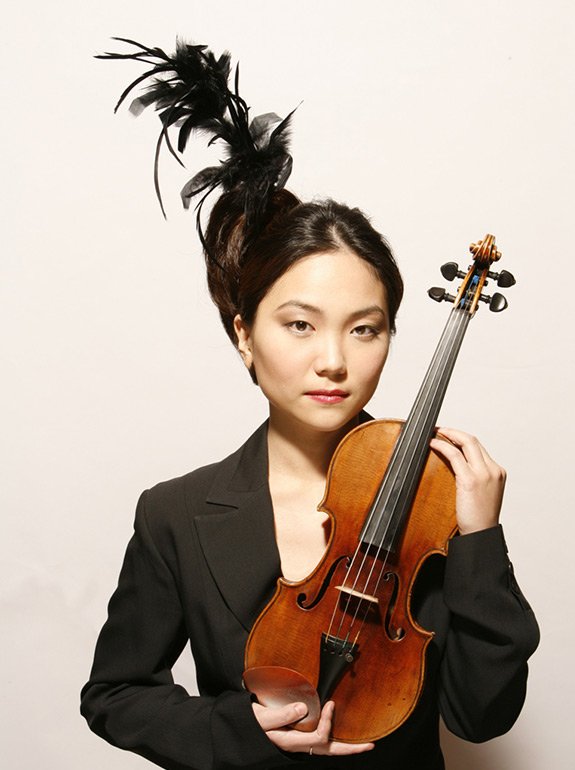 South Korean-born and raised in the UK, Min Kym began playing the violin at the age of six. A year later, she was accepted as a scholar at the Purcell School of Music on a full scholarship with the distinction of being the school’s youngest-ever pupil. Ms Kym was also the youngest participant at the Schleswig Holstein Summer Music Festival, aged nine. At the age of eleven, she appeared on worldwide television, winning first prize at the Premier Mozart International Competition in Bologna, Italy. Making her international debut at the age of thirteen in 1991 with the Berlin Symphony Orchestra, Min Kym was immediately invited to perform with the Seville Symphony Orchestra in Spain and later that same year made her Korean debut at the invitation of Kyung Wha Chung. At the age of sixteen she became the youngest student ever to be awarded a Foundation Scholarship at the Royal College of Music and went on to study with Ruggiero Ricci in Salzburg who commented that she was “…the most talented violinist I have ever worked with”. In 1998 she was awarded ‘Most Promising Artist of the 21st Century’ Award in Korea. In 2005, Min Kym became the first ever recipient of the prestigious Heifetz Prize as awarded by the Jascha Heifetz Society in Los Angeles.

Gone is the story of the intense bond an artist forms with their one “true” instrument – in Kym’s case, a 1696 Stradivarius which she began playing at the age of 21. After securing a Sony recording contract and commanding solo recitals at the world’s most prestigious concert halls, in 2010, the violin was stolen from her. Traumatised and unable to play, her career fell apart. In 2013, the violin was recovered, but the story was far from over. Gone was published by Viking Penguin in the UK in 2017.