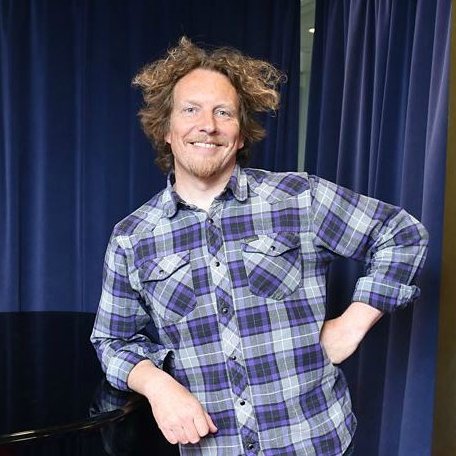 Martin Dorey is a writer, surfer, photographer, presenter, cook and campaigner for the #2MinuteBeachClean. He writes about camping, fun, outdoor food, living the outdoor life and having adventures in his VW camper van and contributes regularly to Campsited, Coast Magazine, Camping Magazine and Motorhome and Motorcaravan Monthly Magazine. Martin’s first book, The Camper Van Cookbook, inspired the BBC TV series One Man and His Camper Van in which Martin cooked and camped his way around the UK. It has now aired all over the world. The follow-up book, The Camper Van Coast, celebrates Martin’s love for coastal living, playing, cooking and eating.

Martin’s third book, The Camper Van Bible, was published in June 2016, and has been described as THE definitive glove-box bible for anyone who owns or ‘would die for’ a camper van.

A writing career came late for Martin after a 12-year stint in the advertising and film industry as an Assistant Director on some of the more famous 90s TV commercials – Guinness, Levis, Gold Blend, Oxo — as well as promos for The Rolling Stones, Paul McCartney, Annie Lennox (among others), a documentary about legendary British cameraman Jack Cardiff and various TV series and film projects.

The #2minutebeachclean campaign has been taking Martin in all kinds of directions of late. From being an idea to inspire others to help clean beaches it has grown into a global campaign with many thousands of followers and posts to Instagram from every continent, including Antarctica. The idea has been used in Ireland and the UK as well as in Israel and Puerto Rico. Martin has spoken about the campaign at the Blue Flag Operators’ Conference in Holland, was invited to speak at TEDx Kiel University and on BBC’s Springwatch.

If you value the freedom of #VanLife then this needs your serious attention. This is VERY IMPORTANT! PLEASE SIGN THE PETITION to amend the PCSC Bill to withdraw power to seize vehicles used as mobile homes. SIGN AND SHARE WIDELY PLEASE https://petition.parliament.uk/petitions/583903 #vanlifeuk

To WIN a new @Fjallravenofficial @kankenofficial ocean plastics backpack then do a litter pick this June, create a piece of art with your haul and share it on Instagram, tagging #2minutelitterpick and #IRespectNature. Fjallraven will pick 2 winners at the end of the month!

Do it for the kids Bruce! @BNCB make a real difference this #FathersDay and tell @LloydsofLondon to immediately stop insuring fossil fuels. #InsureOurFuture, not climate crisis!

OH MY GOODNESS!!!!!
Chesham and Amersham By election returns Lib Dem candidate.
I grew up in this die-hard Tory heartland and it is absolutely STUNNING news.

Time is running out for @Conservatives if this is anything to go by.

With 1440 minutes in a day I’m sure we can all spare just 2! On June 27th do something for the ocean the streets or yourself 😇🐝🌊🌍 #2minutebeachclean #2minutestreetean #2minutesofpositivity @diamondresorts @1PlanetTourism @2minbeachclean #LoveYourPlanet #Loveyourself

We asked you to save the date… Sunday 27th June is 2 Minute Day and we’re having a plastic-free picnic! Join us at 2pm by sitting down for a picnic, avoiding single-use plastic. Afterwards we'd love it if you could do a quick #2minutebeachclean and tag us in your snaps too!

Where are all the insects? There's a deafening silence. An emptiness. Vast skies with no buzz. Flowers with no visitors.

It is truly frightening.

Anyone else feel it too?

So proud of our town, the BSV crew and everyone who makes our beaches welcoming, tidy and enriching places. Go Bude!!!

Today @matthancock will attempt to persuade the Commons that he's behaved impeccably throughout this pandemic - and that Cummings’ accusations of serial lying are, themselves, a lie.

We are collaborating with @ripcurl and @SurfingEngland to run beach cleans and offer environmental education and activities on 12th June at the Rip Curl Grom Search at Fistral Beach. We will also be talking about how everyone can help save the planet, 2 minutes at a time.

None of our national parks are wild enough to withstand the shocks of the extinction and climate crises.
Tell the UK Government and devolved administrations to mandate #wildernationalparks and restore nature on a large scale
Sign the petition https://act.rewildingbritain.org.uk/demand-wilder-national-parks?refsid=3291&utm_source=twitter_share&utm_campaign=%5B23%5D&utm_medium=share

Happy World Oceans Day to all the litterpicking #2minutesuperheroes out there. Pick it. Snap it. Tag it. Recycle it!!!!

Small actions add up to make a big difference.

I am so proud of this little film, made with love for #fjallraven who sponsor the 2 Minute Guardian Angels.

...in other news fat cat takes a moment's pause from snuffling at the trough to thank those who cover his back.

Motorway 4
Motorway 5
I'm on the escape lane
to freedom
I'm coming alive!
Meet me at exit 27
I show you some of
Devon's heaven
We're on the road
to the good times!!!

(singing to keep myself awake at 3.45 am this morning after a trip to pick up van)

Any #2minutebeachclean or #2minutelitterpick friends in Seaton Bay, East Devon today? I’m trying to find your @2minbeachclean station for a refresh!

Morning. I'm loving my job today. I got to write this:

I buzz about – like the bee I am – from flower to flower, carrying pollen to fertilise them. I’m the daddy! The super pollinator. The greatest flower lover of them all!!