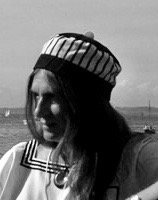 When reading Louise Cooper’s fantasy and children’s novels it comes as no surprise that it was Cornwall – a land teeming with folklore, where mermaids and nymphs bewitch shipwrecked sailors – that she chose as her home. Cooper began writing stories at school and her first novel, ‘The Book of Paradox’ (1973), was published in both the United States and Britain when she was just twenty years old. She went on to become a prolific author of fantasy novels and children’s books, writing over 80 of them in her lifetime.

Cooper’s most accomplished novel, ’Lord of No Time’ (1977), depicts the life of Tarod, a sorcerer whose supernatural talents get him into trouble with superior forces, threatening the balance of nature and time itself. Due to its success, ‘Lord of No Time’ accumulated a huge fanbase for Cooper, causing the novel to expand and develop as part of a ’Time Master’ Trilogy (1986). During the mid-1990s, Cooper began writing various series of equally successful children’s books. Among these are ‘Sea Horses’ (2003), spirited tales about a young girl, Tamzin and her relationships with magical horses, and ‘Mermaid Curse’ (2008) a quartet that recounts the adventures of a young girl who discovers her mother is actually a mermaid.

Having led a whimsical and peaceful life, whether singing with her husband in the sea-shanty group ‘Falmouth Shout’ or catching small fish (locally known as tiddlers) in rock pools, Cooper was proof of the magical power the stories that we tell ourselves can have on our own lives.