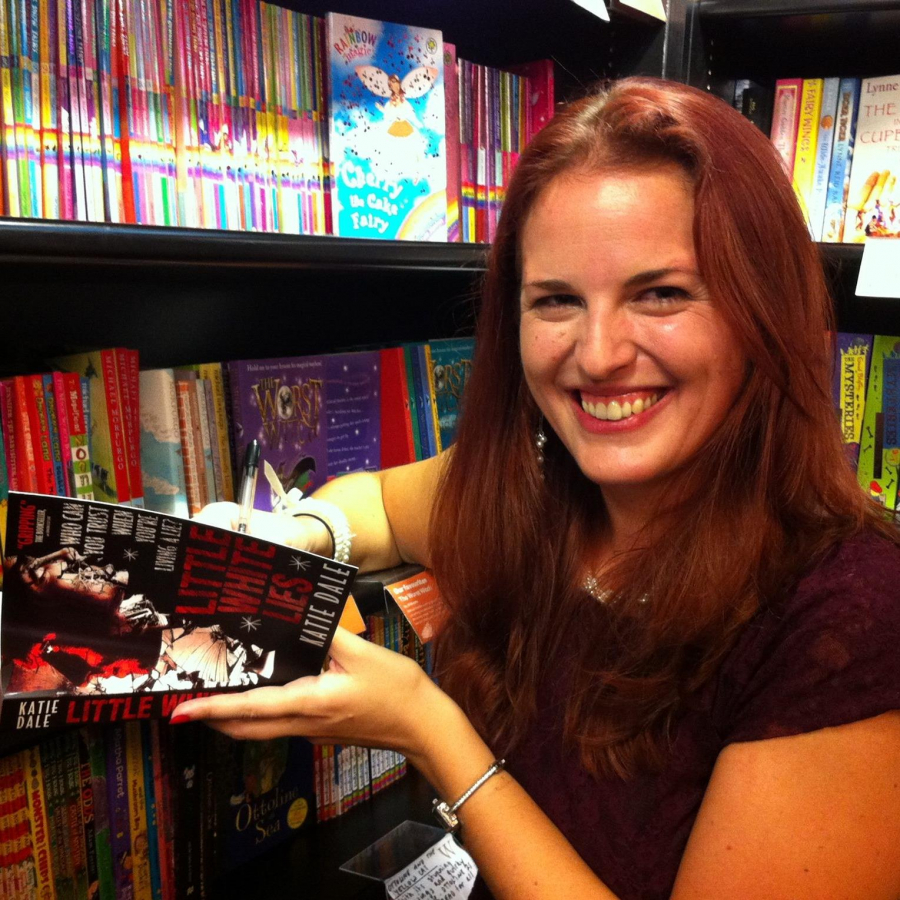 Award-winning author and actress, Katie Dale had her first poem published aged just 8, and hasn’t stopped writing since! She has now had over 100 children’s books published all over the world, including board books (Eggs! – Nosy Crow), Early Readers (Fairy Tale Twists – Hachette), Middle Grade (Mumnesia; The Never-Ending Birthday – Macmillan) and YA (Someone Else’s Life; Little White Lies – Simon & Schuster) and everything in-between. One of her books – Three Magic Mice – has even been adapted into a ballet!

She lives in beautiful Cambridge, dodging the delightful free-range cows and ASBO swans as she scribbles in her ideas notebook by the river Cam, but loves to travel, and has visited schools all over the world, as far afield as Moscow and Uzbekistan!”