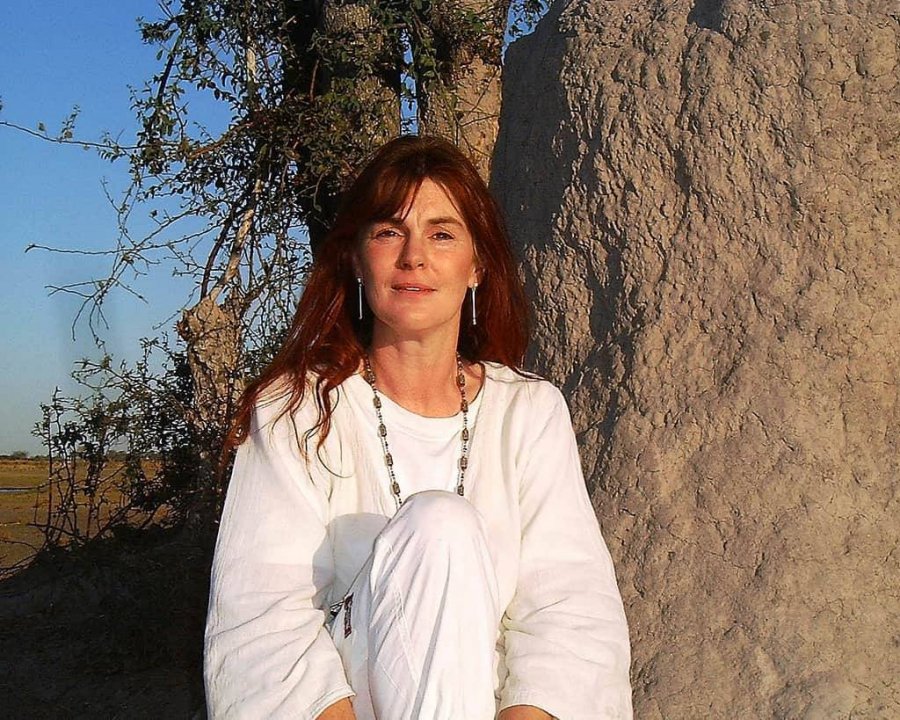 Born in London in 1954, Kate has five children and three grandchildren. She was raised in a theatrical family, and had a successful career as an actress, appearing on the television at the RSC and the National Theatre. Inspired by Darwin and Dawkins she gave up acting to study biology, and moved her family to Botswana where she worked for Women Against Rape, in Maun. A year later she began researching lions in the Okavango Delta, and raised her children in a tented research camp. She home-schooled her four youngest children and remains passionate about wildlife conservation, gender equality and educational reform.  Inspired by 19th century transcendentalist principles she has developed a bespoke 21st century interactive programme, for students of all ages, that fluidly integrates the arts, humanities and science. Her first book Under the Camelthorn Tree (raising a family among lions) is being published by Orion. She is currently living in Rome where she is writing her second book, and running Brightlights Homeschool. She lives life adventurously and continues to take risks. Her favourite quote is: “An unexamined life is not worth living.”