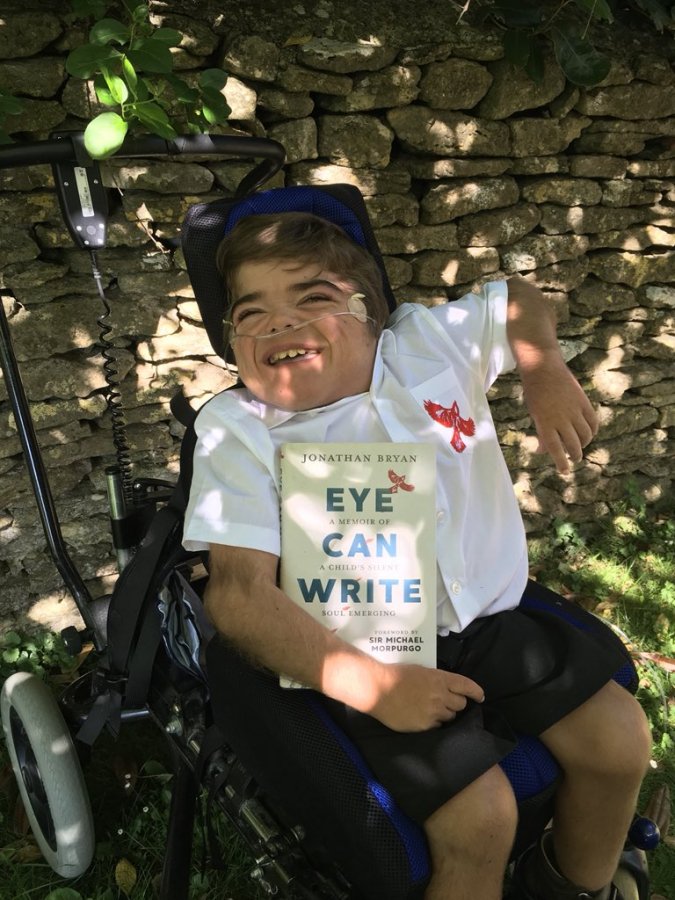 When Jonathan Bryan was 9 years old he learnt how to spell out everything he wanted to write and say on an alphabet board.  Born with cerebral palsy, prior to this Jonathan had relied on facial expression to communicate.

At the age of 10 he started a campaign for all children to be taught to read and write regardless of their educational label, which gained considerable media attention and led to him receiving a number of awards including a Diana Legacy Award. Jonathan was the subject of a CBBC My Life programme, which won a 2019 Broadcast Award.

In 2018 Jonathan’s memoir, Eye Can Write, was published by Lagom Books, with his proceeds going towards his newly formed charity, Teach Us Too.