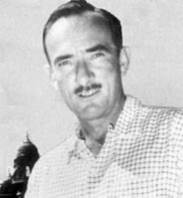 Born in Calcutta in 1914, Masters’ family relocated to England while he was still a child and it was during these early years in England that Masters first felt the stigma of his Anglo-Indian blood. Educated at Wellington and the RMA, Sandhurst, Masters returned to India in 1934 as an officer in the 4th Prince of Wales’ Own Gurkha Rifles, and saw active service in Waziristan, Iraq, Syria and Persia. Later, in Burma, he commanded a Chindit brigade, and fought with 19th Indian Division at Mandalay and on the Mawchi Road. A man of intriguing paradox, who could be aggressive and authoritarian, Masters was also enthusiastic, entertaining and loyal. He retired from the Army in 1948, and with the dramatic changes brought about through Indian Independence a year earlier, Masters no longer felt he had a place in India. Disenchanted with post-war England he looked to America for inspiration and the promise of a fresh beginning. Settling in New York, Masters soon became a bestselling author writing primarily about the India he knew so well.

His best known novels include Nightrunners of Bengal, Bhowani Junction and his First World War trilogy entitled Loss of Eden. Although greatly admired as a writer on almost any subject, he will be especially remembered for his books – novels and non fiction – on India and her people.