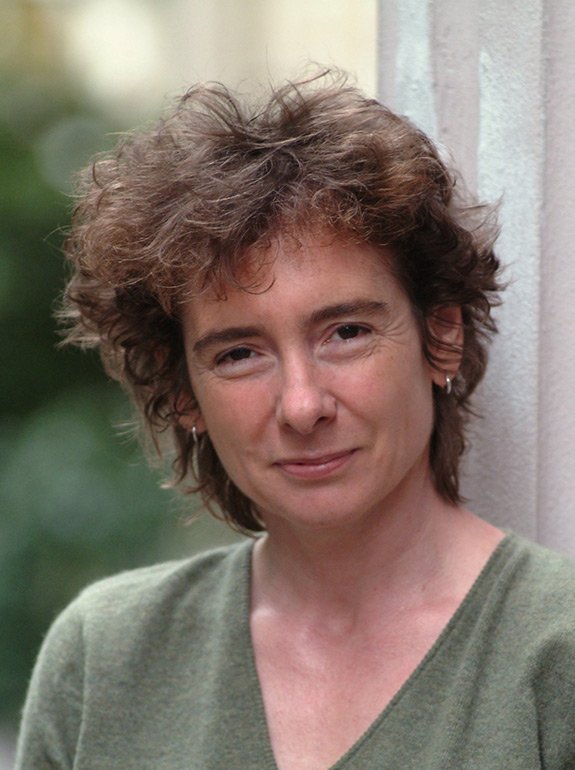 Jeanette Winterson CBE was born in Manchester and raised in Lancashire, by adoptive parents. She was raised in the Elim Pentecostal Church and, intending to become a Pentecostal Christian Missionary she began evangelising and writing sermons at age six. By age 16 Winterson left home. She soon after read for a degree in English at St Catherine’s College, Oxford.

After moving to London, her first novel, Oranges Are Not the Only Fruit, was published when she was 24 years old. It won the 1985 Whitbread Black for a First Novel, and was adapted  by Winterson in 1990, which in turn won the BAFTA Award for Best Drama. She won the 1987 John Llewellyn Rhys Prize for The Passion.

Winterson’s subsequent novels explore the boundaries of physicality and the imagination, gender polarities, and sexual identities, and have won several literary awards. Her most recent novel, Frankissstein: A Love Story was longlisted for the 2019 Booker Prize.

Her stage adaptation of The PowerBook in 2002 opened at the Royal National Theatre, London. She also bought a house in Spitalfields  east London, which she refurbished into a flat as a pied-a-terre and a ground-floor shop, Verde’s, to sell organic food.

She is Professor of New Writing at the University of Manchester. She believes that art is for everyone and it is her mission to prove it.

12 Bytes: How We Got Here. Where We Might Go Next is her latest book.

The Gap of Time @Wintersonworld

A long night out by the look of things ….

Ok so tomorrow night , Friday Oct 8 , I will be at Cheltenham Lit Fest 6pm talking about AI. Saturday in Manchester at the lit fest with Mark O’Connell discussing the future , and inevitably, the past . Plus robots and sexbots . Come along if you can . If not , read 12 Bytes !

The Gut Check Series in partnership with Dr. William Li and ZOE https://youtu.be/sfNMYknlwy8 via @YouTube I have signed up for this . Really Interesting series of talks starting today

Note the Banner on my account is for the USA publication, not here ! Have another cat picture instead ! I am doing my emails and I swear I didn’t stage the Hathaway. Actually it is a draft excluder for my forehead

Oh God , Nadine Dorris moaning that those who think she is not fit to represent culture and arts in the U.K. are left wing snobs . Look at my book sales says she ! Yep, processed food is good for you, stupid is the new smart, trashy novels are literature . Power to the people !

I was putting away the clean cloths but now I am not … thanks Sunshine . Never mind ! Got the coffee . Good morning to you too

Big moment this. Textbook fascism on national TV, a major BBC presenter (albeit moonlighting on Channel 5) waving it through & a government that wants Paul Dacre to head up Ofcom.

When the government talks about 'levelling up' I didn't think they meant 'up into space'... 🚀

On my home from Paris . Went to the Mairie de Paris 6th and got approved for my 10year Residency. It has taken 8 months but now I have a choice . I never thought I might even consider leaving the U.K. but I don’t want to be trapped in the little land of Brexit.

Imagine how the Tories would be braying if Labour were at fault over the petrol crisis . But for the Tories it’s always someone else’s fault. I am in Paris now & we look as ridiculous as we are. Never mind that nurses/teachers etc can’t get to work in rural areas. Brexit for all!

Just put up my god daughter Ellie Shearer taking the government to task on ITV news . I was there when she was born . Good kid!

Without more clarity, the government cannot make their ambitious levelling up agenda a success. Me on @itvnews last night talking about our new @instituteforgov report.

Sunshine starts her weekend on top of the tool shed

Transport secretary Grant Shapps says he will ‘move heaven and earth’ to solve supply chain food problems. Does he has any truck drivers for this ambitious project ? Or we could rejoin the EU.

"The whole point of achieving anything in the world is that people can look and say, 'oh I could do that'."

Here we are after the degree ceremony . Anna Deavere Smith . Ruth Lister, Linda Colley, Vice Chancellor Louise Richardson , Hillary Clinton, Sally Davis, and me. In All Souls with the Sheldonian behind us. A great thing to see a line of women!