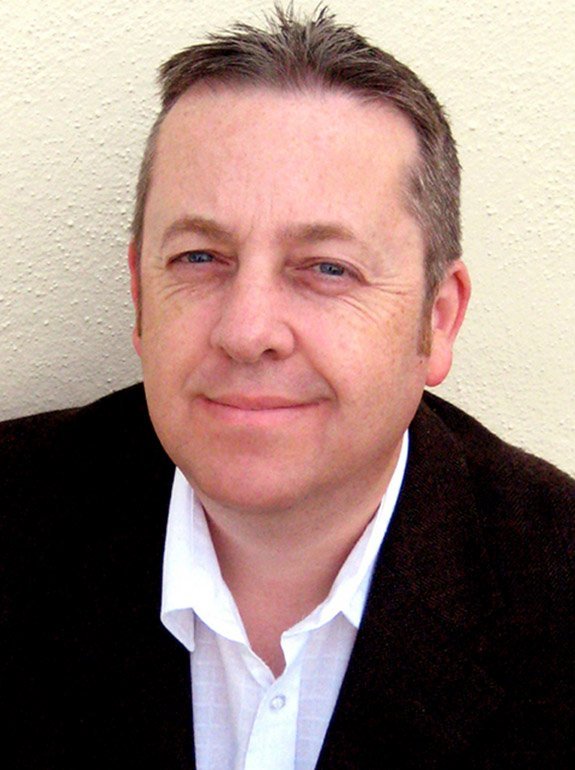 Iain’s writing assignments have taken him flying over the Norwegian Arctic with the UK’s Commando Helicopter Force, on patrols with the Royal Marines in Ulster’s so-called Bandit Country (during the Troubles) and into sea minefields off war-torn Kuwait and even into the Bosnian war zone.

Winner of a British Maritime Charitable Foundation (BMCF) Special Recognition Award for his ‘consistent and unwavering contribution to raising maritime awareness over the years’, as a journalist Iain Ballantyne covered the front line activities of navies around the world.

Aside from being one of the few writers to voyage beneath the waves in a Royal Navy nuclear-powered submarine, he has also visited closed zones in Russia, including Murmansk, Kronstadt and the Crimea.

When it comes to writing on naval history Iain’s action-packed account of WW2 sea combat, ‘Killing the Bismarck’, garnered a Mountbatten Maritime Award Certificate of Merit while his ground-breaking ‘Hunter Killers’ was the first book to tell the truth behind several dangerous episodes in the Cold War under the sea.

A one-time London-based defence and diplomatic correspondent for a national news agency, Iain has contributed to coverage of naval and defence issues in The Sunday Telegraph, Western Morning News and Scotland-on-Sunday, as well as prestigious publications published on behalf of NATO and the Royal Navy.

Aside from regularly commentating on geo-political naval affairs and maritime history for regional television and radio, Iain’s other varied pursuits in the past have included movie reviewing (for newspapers, magazines and radio) and co-devising a six-part wine game show (broadcast on the UK’s Channel 4). Iain also for some years worked on numerous projects for London-based Grosvenor Film, both in project conceptualization and script-writing.

Iain’s public speaking engagements have included giving a talk on the pursuit and destruction of battleship Bismarck at the National Museum of the Royal Navy and, most recently, a very well received talk on the same topic at the Naval & Military Club, St James’s. Earlier this year (2016) he spoke on issues surrounding renewal of the UK’s Trident nuclear deterrent to the Defence Society of Westminster School.

While we watch the situation in Europe - where Russia may or may not invade #Ukraine - & with much tension already in Black Sea - here's a pic from other side of the world to remind us of another potential flashpoint. Naturally @WarshipsIFR maintains a weather eye on both spots.

I Photoshop @paddingtonbear into another movie or TV show until I forget: Day 317

@USN_Submariner Always liked these extremely rare bats. Official, if I remember right. Louisville ran off one each for the crew.

One perk I get as Editor of @WarshipsIFR is some early(ish) copies, a few of which go to deserving local people by way of thanks. They are a good sign the latest mag deploying. Official publication date for March 22 ed h/copy & digital is Friday. More info http://bit.ly/wifrmag

Farewell 'Battle Cat' - USS Kitty Hawk in 2007 at end of ANNUALEX 19G, with @jmsdf_pao_eng & other @USNavy units in the Philippine Sea + a few days ago off Bremerton on her way to the breaker's yard. Final bow - her career started early 1960s. USN images. #usskittyhawk #history

Good shot and so nice to see it's #WarspiteWednesday, so here's a contribution http://iainballantyne.com/warspite-100/ship-history/an-amazing-fighting-life-part-1 :-)

#OnThisDay 1941 HMS PRINCE OF WALES is commissioned in Birkenhead. Sadly she would be the shortest commissioned @RoyalNavy Battleship as she was sunk off Malaysia by the Japanese less than a year later with the loss of 327 sailors including Vice Admiral Phillips and Captain Leach

Good piece by @CovertShores. Most of this is speculative, but then again, what isn't with IDF's sensitive materiel. We will know more once we properly catch a glimpse of INS Drakon, and further down the road, the three new boats Israel has ordered.

https://www.telegraph.co.uk/obituaries/2022/01/11/lieutenant-keith-quilter-fleet-air-arm-pilot-decorated-bravery/ After a kamikaze hit, Quilter found Formidable's deck a shambles, with planes on fire and a number of casualties, but within hours the ship was back in action @faaoa @RoyalNavy