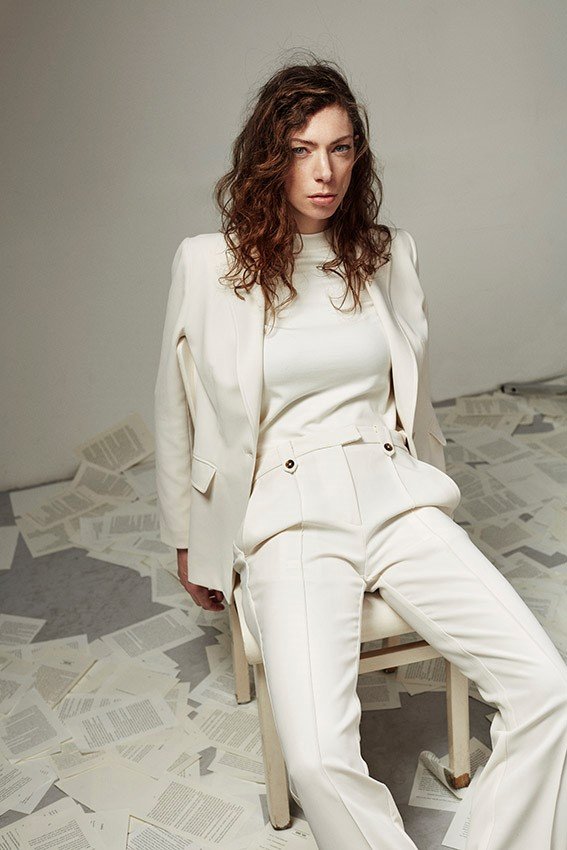 Hanna Bervoets (1984, Amsterdam) is one of the most acclaimed Dutch authors of her generation. She is the author of seven novels, screenplays, plays, short stories and essays. In Spring 2018 Bervoets was a resident at Writers Omi at Ledig House, New York. Here she worked on her novel, ‘Welcome to the Kingdom of the Sick’: an adventure story on chronic illness. The book became an instant bestseller in 2019 and was nominated for several awards. In 2017 Bervoets was granted the prestigious Frans Kellendonk Prize for her entire body of work. In 2022 she received the J.M.A. Biesheuvel Prize for Best Story Collection for ‘A Modern Desire’ (Een Modern Verlangen).

In the Netherlands, Bervoets has been appointed the Author of the Dutch Book Week for the year 2021, a hugely celebrated event to promote Dutch literature. For this occasion, she has written the novella ‘We Had to Remove This Post’ (Wat Wij Zagen) which was published in the Netherlands in June 2021 in a print run of 650.000 copies. Translation rights have been sold into 14 territories. ‘We Had To Remove This Post’ was published in the US by HarperCollins/Mariner Books and by Picador in the UK in May 2022. TV rights have been optioned by Quay Street Productions.  Hanna Bervoets works and lives in Amsterdam.