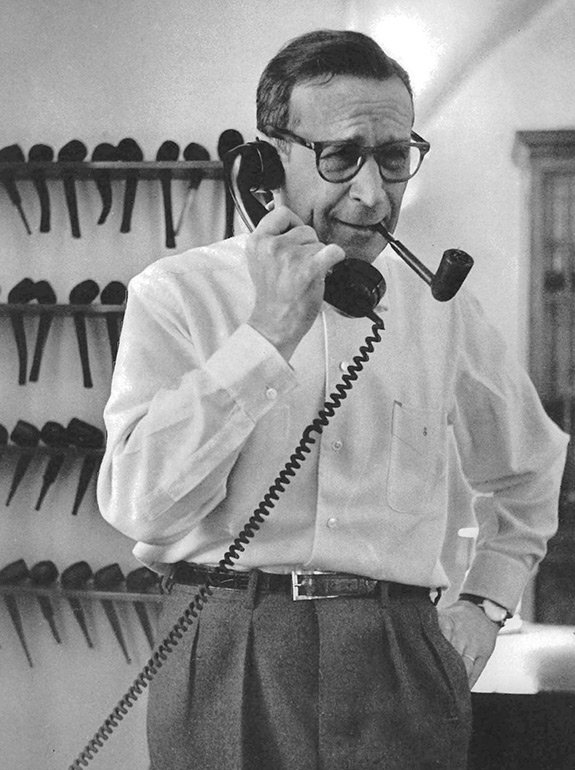 Simenon, Georges (Joseph Christian) (b. Feb. 13, 1903, Liège, Belg. – d. Sept. 4, 1989, Lausanne, Switz.), Belgian-French novelist whose prolific output surpassed that of any of his contemporaries, and who was perhaps the most widely published author of the 20th century.

Simenon began working on a local newspaper at age 16, and at 19 he went to Paris determined to be successful. Typing some 80 pages each day, he wrote, between 1923 and 1933, more than 200 books of pulp fiction under 16 different pseudonyms, the sales of which soon made him a millionaire. The first novel to appear under his own name was Pietr-le-Letton (1931; The Case of Peter the Lett), in which he introduced the imperturbable, pipe-smoking Parisian police inspector Jules Maigret to fiction. Simenon went on to write about 80 more detective novels featuring Inspector Maigret, as well as about 130 psychological novels. His total literary output consisted of about 425 books that were translated into some 50 languages and which sold more than 600 million copies worldwide. In 1967 the publication of Simenon’s complete works began in France and Italy.

Simenon’s Inspector Maigret is one of the best-known characters in detective fiction. Unlike those fictional detectives who rely on their immense deductive powers, Maigret solved murders using mainly his psychological intuition and a patiently sought, compassionate understanding of the perpetrator’s motives and emotional makeup. Besides psychological novels and detective stories, Simenon’s other books include short-story collections and autobiographical works.   Simenon’s central theme is the isolated existence of the neurotic, abnormal individual. Employing a style of rigorous simplicity, he evokes a prevailing atmosphere of neurotic tensions with sharp economy.

Simenon lived in the United States for more than a decade from 1945, and later in France and Switzerland.

Penguin will be publishing 75 Maigret novels

“The fact that we are I don’t know how many millions of people, yet communication, complete communication, is completely impossible between two of those people, is to me one of the biggest tragic themes in the world.” —Georges Simenon https://www.theparisreview.org/interviews/5020/the-art-of-fiction-no-9-georges-simenon

☕️ Which coffee would you order ? 🤓

🇬🇧 Available from today in UK bookshops and online : THE NEW INVESTIGATIONS OF INSPECTOR MAIGRET (@classicpenguins) in a new translation by @RosSchwartz and Howard Curtis !

➕ more about this book 👉 https://urlz.fr/jGpZ

"I write fast, because I have not the brains to write slow".
— Georges Simenon (interview, 1958)