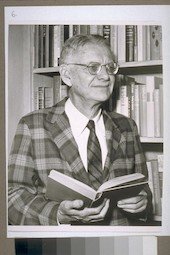 George Rippey Stewart was an American historian, toponymist, novelist, and a professor of English at the University of California, Berkeley. His 1959 book ‘Pickett’s Charge’, a detailed history of the final attack at Gettysburg, was called “essential for an understanding of the Battle of Gettysburg“. As an author, Stewart’s output was at once extraordinarily diverse, highly original, and tremendously important. He is today known primarily for his only science fiction novel ‘Earth Abides’ (1949), a  post-apocalyptic novel, for which he won the first International Fantasy Award in 1951. It was dramatized on radio’s ‘Escape’ and served as an inspiration for Stephen King’s ‘The Stand’, as King has stated.