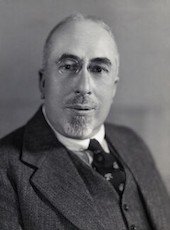 Frank Arthur Swinnerton was an English novelist, critic, biographer and essayist. He was the author of more than 50 books and, as a publisher’s editor, helped other writers, including Aldous Huxley and Lytton Strachey. His long life and career in publishing made him one of the last links to writers such as H.G. Wells, John Galsworthy and Arnold Bennett.

Swinnerton achieved critical and commercial success with ‘Nocturne’ in 1917, and remained a successful writer for the rest of his life. His last novel, ‘Some Achieve Greatness’ (1976), was published when he was in his early nineties.

Some critics detected echoes of George Gissing and Arnold Bennett in Swinnerton’s work, but he himself thought his chief influences were Henry James, Henrik Ibsen and Louisa May Alcott.