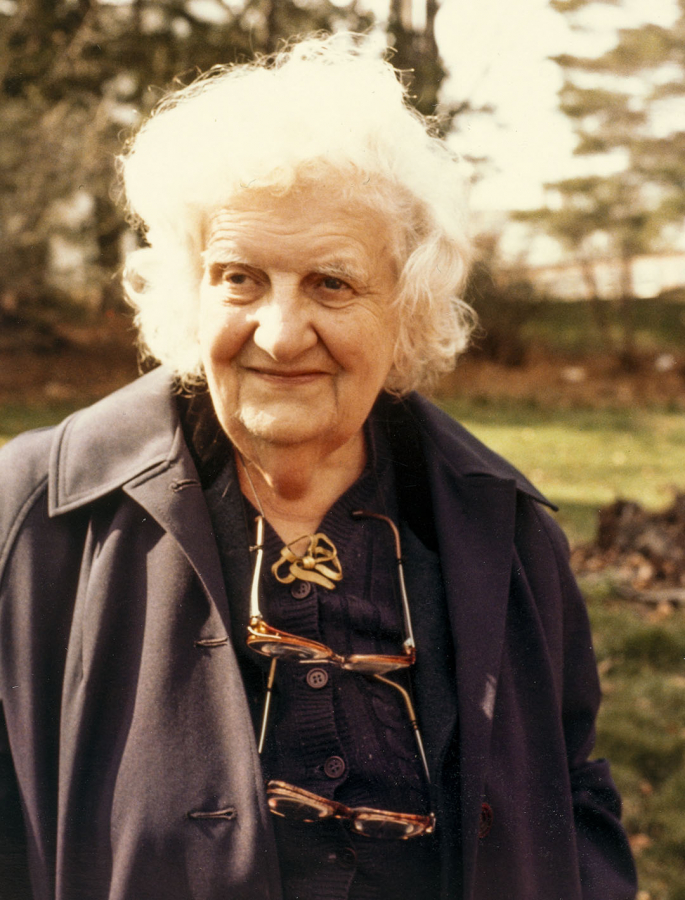 Frances Yates undertook a London external degree in French in 1924, graduating with first-class honours. She followed this in 1926 with an MA at University College London on sixteenth-century French political drama.

In the inter-war period, Yates worked as an independent scholar of the Renaissance and published John Florio: The Life of an Italian in Shakespeare’s England (1934). From 1941 she was an associate of the Warburg Institute, becoming a full-time lecturer and editor of publications three years later. After the Institute was incorporated into the University of London, Yates became Reader in the History of the Renaissance in 1956. Following her retirement in 1967, she was made an honorary fellow of the Warburg.

Post-war she published extensively on a wide range of subjects, including Renaissance theatre, philosophy, and religion, and in this, she benefited from the Warburg’s disregard for traditional academic boundaries. Among her best known and most influential books is The Art of Memory (1966).

Dame Frances Yates achieved a world-wide reputation as an historian.  In 1972 she was appointed OBE and in 1977 DBE. Frances Yates died in 1981.

John Florio: The Life of an Italian in Shakespeare’s England (1934)

The French Academies of the Sixteenth Century (1947)

Giordano Bruno and the Hermetic Tradition (1964)

Astraea : The Imperial Theme in the Sixteenth Century (1975)

The Occult Philosophy in the Elizabethan Age (1979)

Lull and Bruno (1982) Renaissance and Reform

Ideas and Ideals in the North European Renaissance (1984)