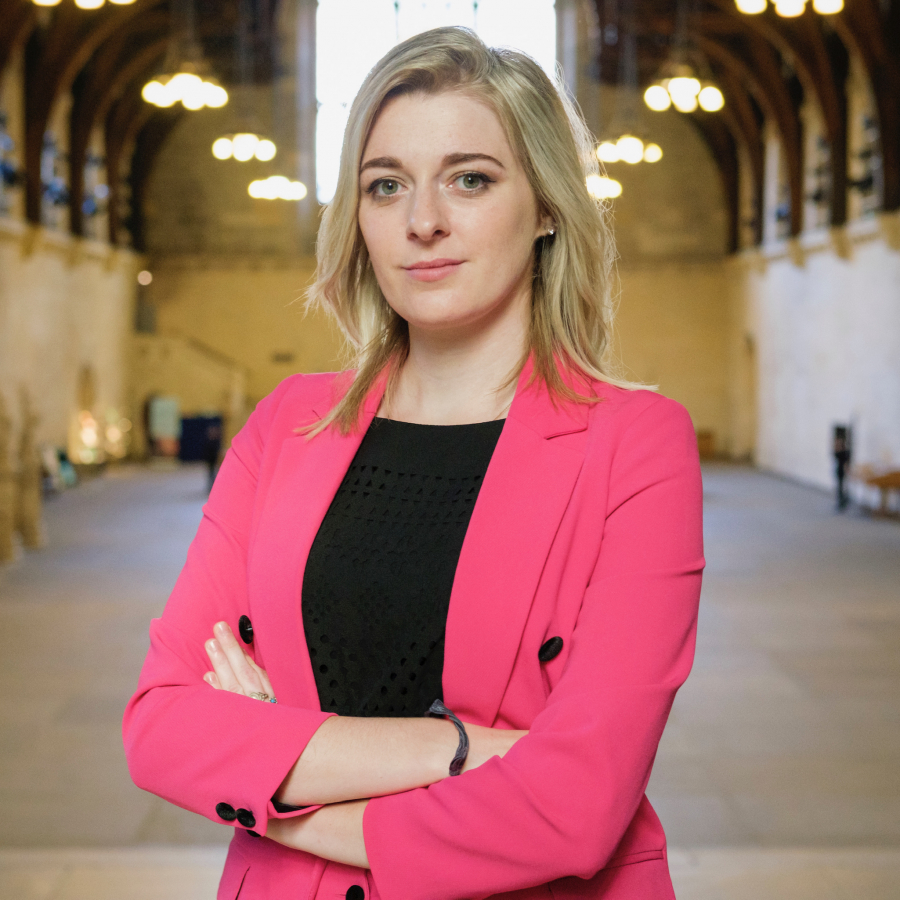 Dehenna Davison is a 28-year-old Conservative MP for Bishop Auckland, a seat that until her win in 2019 had been a Labour constituency since its creation in 1885. After getting involved in politics as a teen, Dehenna now uses her position to ardently support social mobility, low taxes and Brexit.

Dehenna is not what you would typically expect from a Conservative MP. As a millennial woman from a working-class background in South Yorkshire, Dehenna champions causes to improve the freedoms of her Bishop Auckland constituents and others across the U.K.

Dehenna is bisexual and is a fierce supporter of LGBTQ+ rights. She also supports the reform of the 2004 Gender Recognition Act to include self-identification and supports the ban of conversion therapy to include transgender people.

Beyond the Houses of Parliament, Dehenna is a regular host of the weekly GB News Show The Political Correction, as well as appearing regularly on TV and Radio shows.