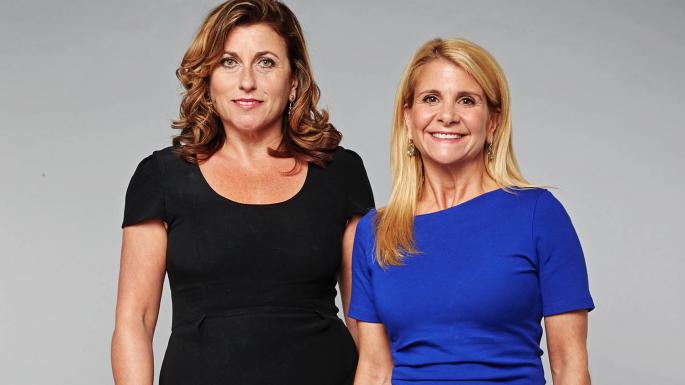 The RAP Project, (Raising Awareness and Prevention), was established in 2012 in order to deliver no nonsense, hard hitting yet humorous presentations to teenagers in the UK about negotiating relationships in the digital age.  RAP’s aim is to raise awareness about personal safety and empowering teens with the messages of mutual respect and mutual consent.  Presenters Deana and Allison tackle taboo subjects such as rape, sexual assault, consent, the influence of pornography and sexting on teenage attitudes and expectations. RAP has addressed over 12,000 students over 100 schools since it began. These include Fettes School, Fortismere School, Eton College, St. Paul’s Girls School, St Paul’s School, Hampstead School, Felsted School, Priory Park and St Mary’s Ascot amongst many others.

Deana is a former Sex Crimes Prosecutor who worked in the United States’ first department dedicated to investigating sexual crimes in the Kings County District Attorney’s Office in Brooklyn, New York. Allison is a writer/producer and media consultant who has worked for ABC News, NBC News, Associated Press Television News and Fox Business News amongst others.

Deana and Allison are both mums living in London with teenagers. Their guide for parents, Sex, Likes and Social Media: Talking to Our Teens in the Digital Age, published in 2016, was named as one of The Sun‘s Top 5 Parenting Books, and one of The Independent‘s Top 10.

This is an important step, which recognises the massive impact social media can have on young lives

A study found that when England won or drew, domestic violence incidents increased by 26% compared to no match days.
During major sporting events, DV incidents have been known to rise by as much as 38%

Statements like “if you really loved me you’d do it”, “you can’t just make someone stop”, and “I’ll break up with you if you don’t have sex with me” all fall under what would be considered *Coercion*

This country has a long way to go in its strategy to tackle their abominable handling of rape and sexual assault cases... but at least this is a start.

"Digital resilience is the capability to learn how to recognize, manage and recover from online risks - such as bullying and inappropriate content - and has the potential to buffer how these experiences may impact young people's wellbeing"

Unsafe online content contributed "in a more than minimal way" to the death of a girl who took her own life.
Material viewed by 14-year-old Molly Russell on social media "shouldn't have been available for a child to see".

Consent MUST be informed, enthusiastic, continuous and without any pressure being exerted on the person.

It can never be assumed and should NOT solely rely on a person having to say yes or no. Silence or no communication can NEVER be inferred as consent!

"As women, we are all too familiar with the ‘social and family values’ that the Turkish state seeks to protect."
#femicides #countingdeadwomen #endfemicide

Really great work! Let’s hope this encourages even more universities to make this pledge so that we can protect survivors

Kate Rogers explores why young women feel they have to define themselves under the #malegaze.

"Let's allow ourselves to weave in and out of gendered tropes embracing everything in-between that feels right." #gender #fem2

Good luck to everyone getting results today. Remember, you are not defined by numbers on a piece of paper. You are amazing, capable and worthy, no matter what your results are.

We will see clubs face disciplinary actions if players fo not go to workshops. Campaign groups are calling for the FA to do more after several public sexual harassment and assault cases.

No young man should be told to 'man up'.

This is extremely important with the new school year approaching. It’s time keep discussing and make sure our kids are always critical of the stuff they come across online

Who is AT? How can we make sure our children aren’t influenced by his views? https://www.theguardian.com/technology/2022/aug/06/andrew-tate-violent-misogynistic-world-of-tiktok-new-star