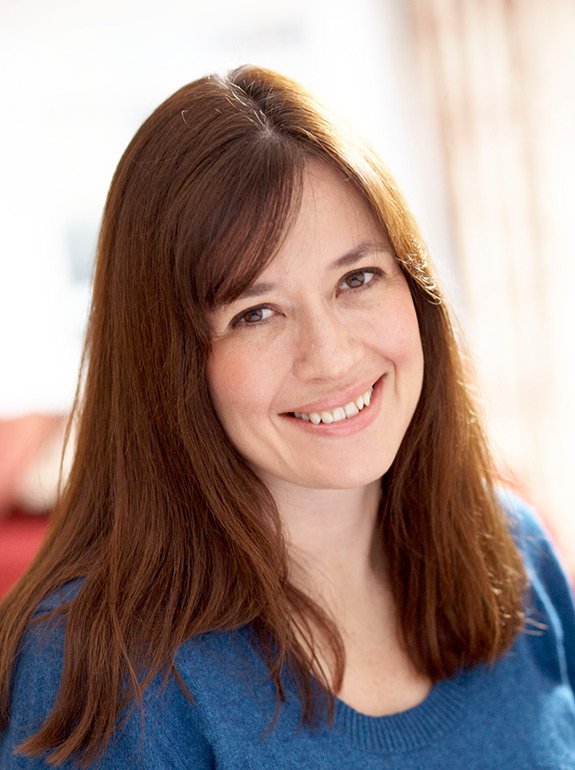 Daisy Goodwin is a writer and television producer.

After reading history at Cambridge, she went to Columbia Film School as a Harkness Fellow. She worked at the BBC for ten years making arts documentaries, before leaving to join the independent sector and created a number of programmes including Grand Designs which is now in its 18th year on Channel 4.

In 2005 she started Silver River productions, which she sold to Sony in 2012.  Alongside her TV work , Daisy has written a memoir, Silver River and two novels: My Last Duchess (UK)/The American Heiress (US) and The Fortune Hunter, which were both New York Times bestsellers.  In 2014 Daisy decided to concentrate on writing full time and was commissioned to write her first screenplay, Victoria, an 8 part series about the early life of Queen Victoria for ITV and WGBH Masterpiece Theatre.

Daisy lives in London with her three dogs, two daughters and one husband.

Praise for My Last Duchess:

A wonderful guilty pleasure of a read…the detailing is beautiful, the great phalanx of historical characters amusing and the relief of reading a novel that puts enjoyment first, so rare and gratifying that I am ready for a sequel’–Amanda Foreman, Sunday Telegraph

"It really was on some levels the best attended funeral perhaps of all time. She brought people together."

TV was perfect for capturing the pomp, the pageantry – and the drama – of the Queen’s funeral https://inews.co.uk/opinion/tv-was-perfect-for-capturing-the-pomp-the-pageantry-and-the-drama-of-the-queens-funeral-1867605?ito=twitter_share_article-top

The power of image: a lesson from her forebears | Queen Elizabeth II | The Sunday Times - https://goo.gl/alerts/fqY8Tj #GoogleAlerts Here is one I prepared earlier

Why Do Rich People Love Quiet? - The Atlantic https://apple.news/AW5lDTushRaGDJCT7s_b95A

I wonder what kind of diaries the Queen kept? Will they be as vivid as Victoria's?

https://www.mailplus.co.uk/edition/femail/talking-points/220658/why-does-laura-have-to-glam-up-in-killer-heels?collection=12797&&contentLayout=Femail Wrote this about the double standards wardrobe wise for men and women in tv today

From Budapest to Bondi: A Refugee Kitchen Manifesto https://bitethepub.wixsite.com/read/post/from-budapest-to-bondi-a-refugee-kitchen-manifesto

Have just discovered #Highland2 screenwriting programme - so much better than #FinalDraft

Very proud of my daughter for fighting for the #GreenNewDeal

Thank you so much to @TheLondonLib for hosting our wonderful awards ceremony last night, and for giving our Finalists membership of the library for a year.

Since @ukraine_advice started a week ago:

As of Sunday morning, @ukhomeoffice had issued only 50 visas.

We're a few friends working for free. They are one of the most powerful departments run by a global superpower.

Today is International Women's Day, a day for celebrating women's achievements and take action for equality. We can't think of a better way to celebrate than by welcoming the 8 finalists of @WomensPlayPrize who will be given membership as part of our partnership with the prize...

We're feeling the love at The London Library! Do you have friends or family that would relish access to our outstanding collections and spaces? Refer them to the Library now and receive a 10% discount on both of your memberships! Valid until midday 31 March 💕

Last Saturday we challenged @timfarron with @GNDRising because we need less empty words and broken promises from politicians. Our conversation was promising but now we need him to back the #GreenNewDeal bill