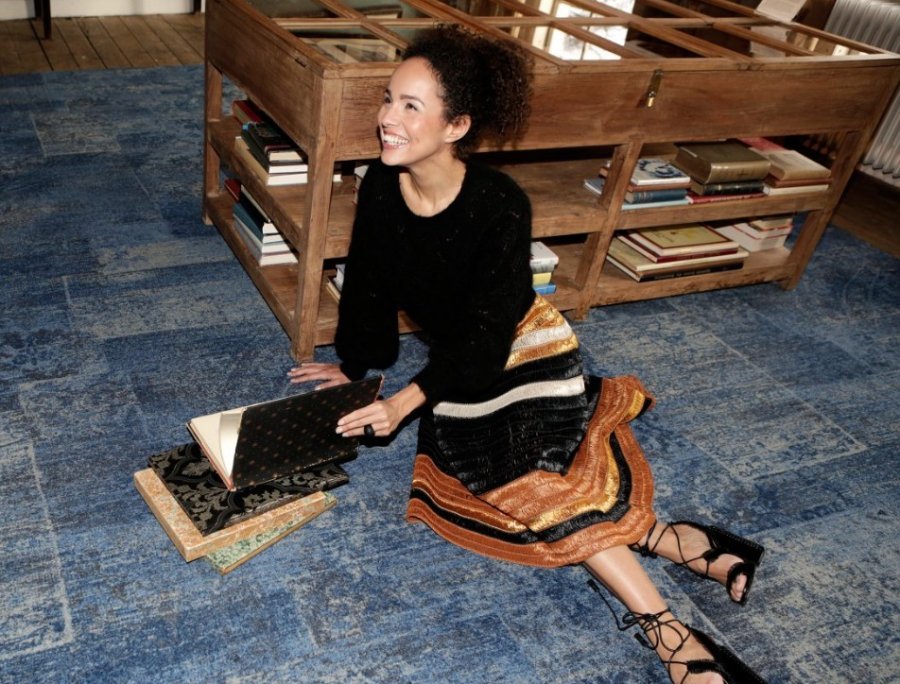 Chariva Zaandam (Hilversum, 1984) is a Dutch children’s books author. She lives in Amsterdam.

After a successful career in advertising and marketing, an industry that can feel empty at times, Zaandam decided she wanted to make a more profound contribution to the lives of children in particular. In 2014, she started writing her first book. She published her debut Sinterklaas voor grote kinderen (Saint Nicholas for Bigger Kids) in 2015. The following year, this work received the Hotze de Roosprijs, a prize awarded annually to the best debuting children’s literature author. School children get a say in the matter: they’re asked to vote for their favourite. Sinterklaas voor grote kinderen has since become a bestseller.

Several books would soon follow, amongst which Lijfgids or Bodyguide, a handbook covering all aspects of the body, mind and life that a 9-year-old girl could be curious about, and De Club van Ons (The Club of Us), a book to be filled in and completed by child and parent(s) to fortify as well as cherish their bond. It has proven particularly rich in comfort to those parents and children who experienced a premature farewell from each other and life.

While her earlier publications were primarily didactic and often interactive concepts, Benny Blue signifies a new direction for her. Longer narrative fiction allows her to capture complicated issues of our day and age more deeply and tackle them heads on. From now on, for a slightly older audience. Themes that drive Zaandam are awareness and consciousness. She takes societal issues, such as the conservation of nature, but also issues of racism and inequality closely to heart.