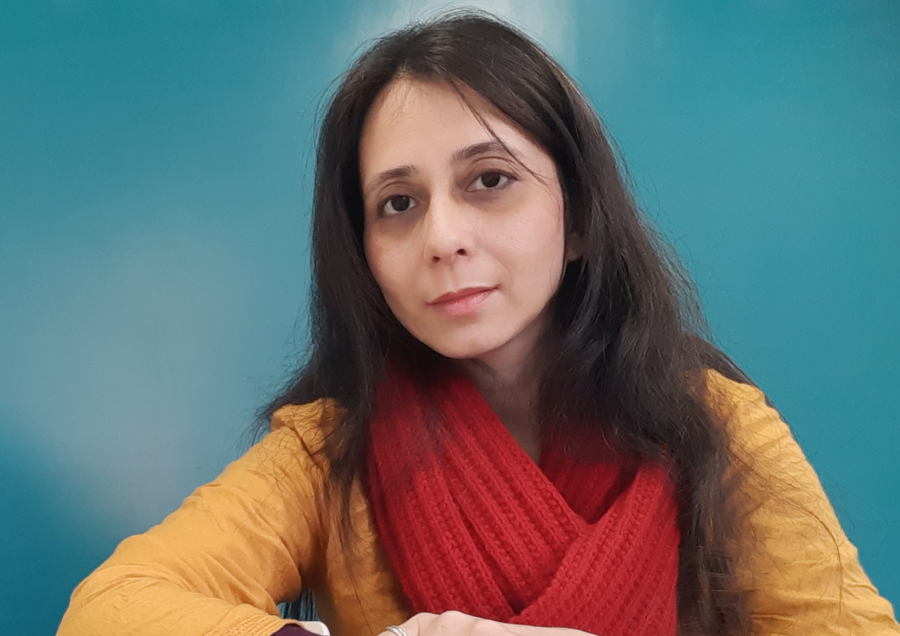 Annie Zaidi is an award-winning writer from India.  She is the author of the novel ‘Prelude to a Riot’ (2019); the memoir ‘Bread, Cement, Cactus: A memoir of belonging and dislocation’ (Cambridge University Press, 2020) and the novella City of Incident (2022). She is also the editor of ‘Unbound: 2000 Years of Indian Women’s Writing’. Other published works include the novella ‘Gulab’, the collection ‘Love Stories # 1 to 14’, and a collection of essays ‘Known Turf: Bantering with Bandits and Other True Tales’ (2010).

In 2020 she received the Tata Literature Live Award for fiction for ‘Prelude to a Riot’, which was also shortlisted for the JCB prize the same year, and the Nine Dots Prize (2019) for her essay ‘Bread, Cement, Cactus’. She won The Hindu Playwright Award (2018) for her script ‘Untitled 1′ and her radio script ‘Jam’ was named regional (South Asia) winner for the BBC’s International Playwriting Competition (2011). Her work has appeared in several anthologies and literary journals including The Griffith Review, The Aleph Review, The Massachusetts Review, The Portside Review, The Missing Slate and Out of Print.

She trained as a journalist and has published essays and columns in several magazines and websites, including Caravan,  La Repubblica (Italy), Griffith Review (Australia), Frontline, The Hindu, Scroll.in, BBC Hindi, Outlook, Mint Lounge, First Post, DNA, Open, Elle, GQ India and Conde Nast Traveller.  Annie Zaidi is originally from north-India and currently based in Durham, England where she in her second year of her PhD (English Studies/Creative Writing) at Durham University. She writes mainly in English, but has written scripts in Hindi and can translate from Hindi and Urdu.