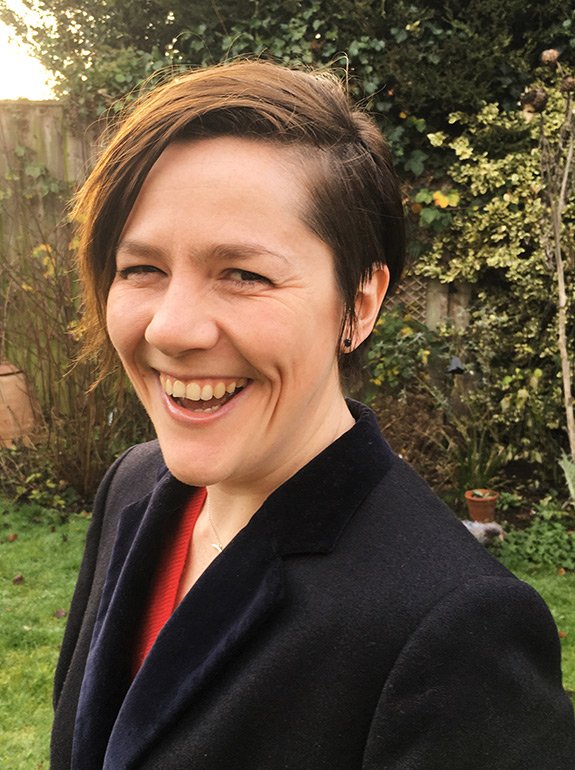 Dr Annie Gray is a food historian specialising in the Georgian, Victorian and early twentieth centuries. She’s a popular speaker and broadcaster and also works as a consultant to museums and heritage sites.

Annie’s first book, A Greedy Queen, was published with Profile Books in spring 2017 (shortlisted for the Jane Grigson Trust Award). She has also written for The Guardian online, BBC online and The Sun. You can find more of her writing on her website at anniegray.co.uk/writing

Annie is the resident food historian on BBC Radio 4’s The Kitchen Cabinet, and has appeared in the show since its inception, as well as contributing to The Food Programme, Today, and PM. Annie’s TV appearances include BBC Four’s Icing on the Cake and Home Comforts which aired in January 2015. Annie has also appeared on The One Show, Hidden Killers: The Victorian Home, The Great British Bake Off, Heston’s Great British Food, BBC Food and Drink and Newsnight. More recently, she has worked as consultant (and presenter) on Victorian Bakers, a 3 part living history documentary on BBC in November 2015.She was also the adviser on the BBC4 documentary Calf’s Heads and Coffee, which won a Guild of Food Writers Award.

Annie has worked in heritage for over ten years, both as a food historian, and also advising on domestic history and the lives of servants. She regularly dons period costume and works in character, portraying long-dead cooks to bring history to life. She also trains others, working to bring to life historic sites across the country.  She’s available to talk on heritage interpretation and public history, below stairs life in the 18th to the 20th century, and of course her core area of the history of British food and dining from the Restoration onwards.

I et this feast and it was DROOOOOLLSOME.

Here’s fun - an AHRC-funded CDA working with The National Trust and Manchester Met to explore global and local connections at Saltram House. Details at https://www.mmu.ac.uk/research/research-study/scholarships#ai-40542-0

Thanks for all the nice comments about our new video with @IamHappyToast and @Coldwar_Steve . Really hoping this is the last Boris Johnson video we ever have to make...

Are you a Y10 Afro-Caribbean student, interested in applying to Oxbridge, who wants to hear from @Cambridge_Uni students and academics? Our @TargetOxbridge Y10 Programme is open for applications now: https://cambridge.eu.qualtrics.com/jfe/form/SV_6EuRiieaObI1jNk

Perhaps worth remembering what we all get from the BBC licence fee, which costs around 43p a day.

Today's big question, a debate 'twixt @SueHLawrence and myself. Why is there no trifle emoji?

Much though I loathe to suggest anyone buys anything from amazon, they do have the Kitchen Cabinet Book half price if you got vouchers for Xmas and need to spend them... (I got indie bookshop vouchers, natch).

Please note that I now have the appropriate level of plastic holly, so huge thanks to @bosburybecca 's mum for enabling this to happen.

1960s marshmallow snowman. That is all.

THIS. And also (in the thread) PEOPLE WEREN'T MUCH SHORTER IN THE PAST. (A lot, in both cases, dependant on wealth).

Ely definitely has its moments. Hats off to the Ely yarnbombers. (Year of the Tiger, grrr) @SpottedInEly

Properly started latest project with great WOOP of joy. Three minutes later, the usual lament: why in the name of all that is decent and logical do Americans STILL USE CUPS. Especially when the conversion tables online are inconsistent.

Please find the details for application below for our new PhD scholarships for UK candidates who self-identify as being from a Black, Asian or Minority Ethnic background ⬇️ https://twitter.com/conversiontales/status/1479482913867587584

The 1960s called and I failed them by having no plastic holly. Silver balls had to do. And a peacock because why not.
(Orange chocolate log: I know you lot voted rum over orange, but I reserve the right to treat a public vote as guidance, especially when it is wrong).

Sound advice. (A tutor once told me you could could tell who was shagging who and, having read his and other acks, yes). I also enjoy writing acks and notes, as they tend to be slightly less formal. I also tend to owe very heartfelt thanks to archivists and I like to say so.

Thrilled to be featured in this nice piece in the Guardian!

Recommended reading below and also this means you can legit still rush out and buy At Xmas We Feast and glory in its Xmassy content (also, bonus Twelfth Cake stuff).

Coming up on The Kitchen Cabinet, we’ll be discussing CAULIFLOWER and we need your questions: how to cook it, best flavour combinations, perfect cauliflower cheese, baking it whole etc. Email us on tkc@bbc.co.uk or comment below.