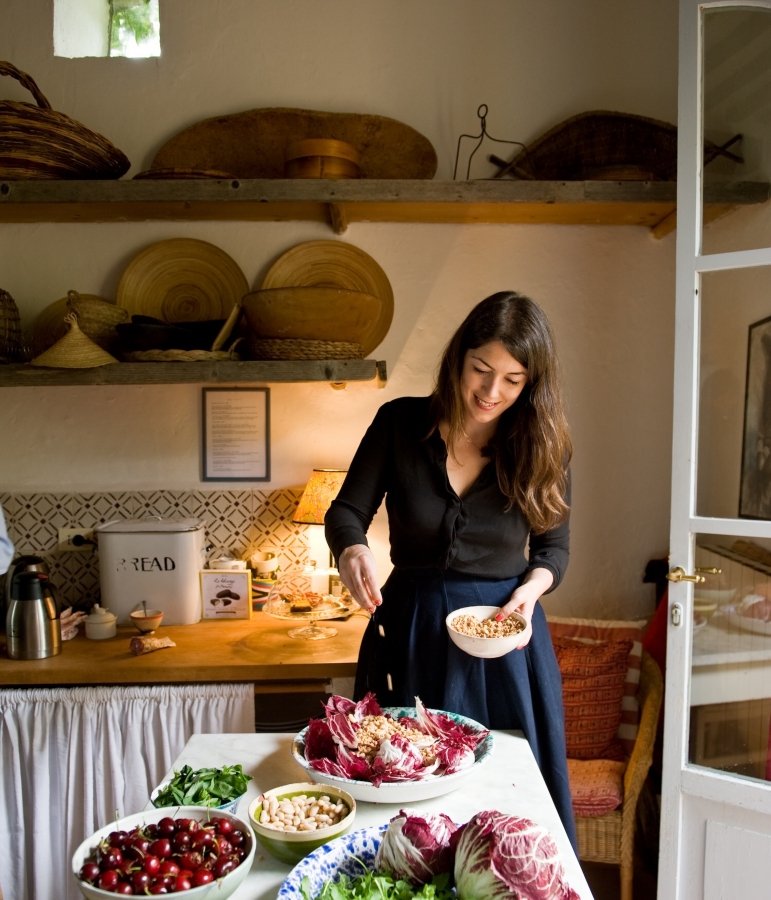 Amber Guinness was born in London in 1989 and grew up in Tuscany. She learned to cook at her mother’s side in the kitchen at Arniano, the farmhouse restored by her parents Jasper and Camilla. She went to the University of Edinburgh where she studied History & Italian literature, always working in her spare time as a cook. In 2014 she founded The Arniano Painting School, a residential painting holiday designed to breathe life back into Arniano after her father’s death. These luxury artist’s retreats are centred around creativity and food, and have been featured in The New York Times, House & Garden, Tatler, The Telegraph and Spectator Life. She now lives in Florence. A House Party in Italy: The Arniano Cookbook is her first book