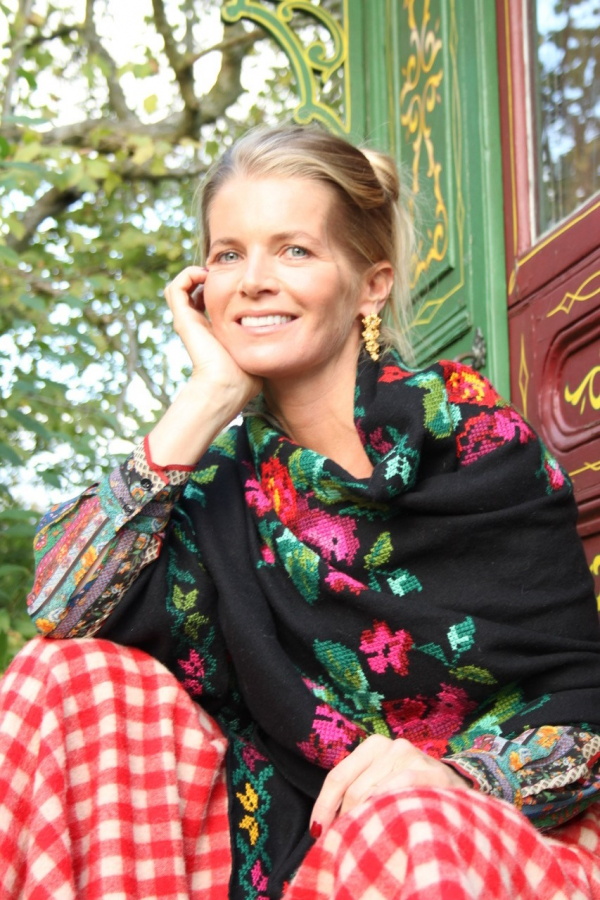 Alexandra Tolstoy is an Anglo-Russian mother, adventurer, author and TV presenter. After graduating with an MA (Hons) in Russian language and literature from The University of Edinburgh, Alexandra and three girlfriends set out to become the first people since the time of Marco Polo to ride 5,000 miles of the Silk Road on horse and camel, from Merv in Turkmenistan to the ancient Silk Road city of Xian in China. A nine-month journey of living in tents in some of the harshest and most remote spots on earth, it triggered a passion for travel and adventure in Alexandra. She went on to spend six months riding horses through Mongolia and Eastern Siberia, as well as retracing a legendary Soviet expedition of Turkmen riders on Akhal Teke horses, who rode from Ashgabad to Moscow’s Red Square. On the back of this experience, she began leading riding trips to Kyrgyzstan for intrepid tourists.

Alexandra was commissioned to write an account of the Silk Road expedition by Profile Books, ‘The Last Secrets of the Silk Road’ in 2003. She has also written extensively for magazines and newspapers on her various travels, and in 2009 presented a series of documentaries, ‘Horse People with Alexandra Tolstoy’, for BBC2 on societies that revolve around horses, namely Yakutia (Siberia), Andalucia and Montana.

In 2022, Alexandra starred in Secrets of the Oligarch’s Wives, a Paramount original documentary which considers Putin’s rise to power and relationship to the oligarch class in Russia.

Alexandra is working in partnership with Ampersand Travel to curate trips all over the former Russian Empire, including everything from riding in Kyrgyzstan to ‘Tolstoy tours’ of Moscow and Yasnaya Polyana, as well as cultural tours of Moscow and St Petersburg.