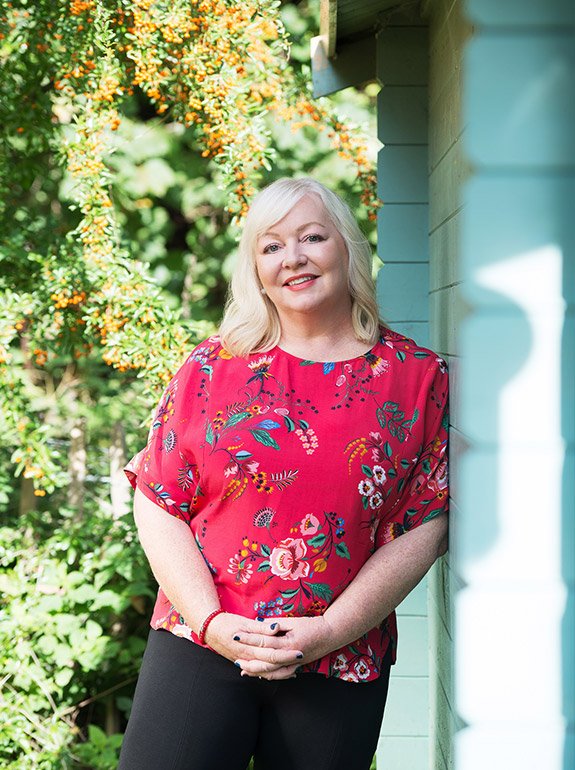 Alex Brown is an award-winning author of many bestselling books including the hugely popular Carrington’s series, The Great Christmas Knit Off, The Great Village Show, Not Just For Christmas, The Secret of Orchard Cottage, The Wish,  A Postcard from Italy, and A Postcard from Paris. Her uplifting books are published worldwide and have been translated into six languages.

In 2006, Alex won a competition to write the City Girl column for The London Paper, with a circulation of 500,000 weekly copies. She went on to write the column until her first novel, Cupcakes At Carrington’s was published in 2013. Alex has written short stories and articles for numerous magazines including Prima, Cosmopolitan, Glamour, People’s Friend and Femail.

Alex lives in rural Sussex, with her husband, daughter and two very glossy black Labradors. When she isn’t writing Alex enjoys knitting, watching Strictly Come Dancing with her daughter and going to Northern Soul nights, and is passionate about supporting charities working with care leavers, adoption and vulnerable young people.

Happy of happiest pub days to @JillMansell. #ShouldITellYou is out today and is absolutely wonderful ⤵️🎉💖

OMG. This book! One of the best I’ve ever read and I’m only half way through. I can’t stop thinking about the characters and wanting to get back to them. Thanks so much for sending @GillianGreenEd @LolaJaye @panmacmillan

I’m not getting out much at the moment as I’m boobs deep in wordage but couldn’t resist seeing last night’s #sunset. What a breathtaking beauty. Happy #Tuesday everyone ☀️♥️

This is wonderful ⤵️ ♥️ @Rylan

Look here book lover pals, she’s still 99p in e! Not sure how long for so if you fancy escaping to dazzling Italy for an epic romance with secrets, scandal, glamour and intrigue then grab a copy now ⤵️
http://alexb.uk/postcarditaly 🌸 #books

A Postcard From Italy is an international No.1 bestseller and it’s only 99p / 99c today! Yeayy ⤵️

Boobs deep in wordage and plotting and generally trying to figure out what needs to happen next in my new book. #amwritingromance #RespectRomFic #thursdayvibes

What a book! Mhairi at her brilliant best. Thanks for sending @miashby @MhairiMcF @HarperFiction 🧡