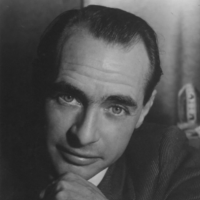 Alan Moorehead, born in Melbourne, Australia, travelled to England in 1937 and became a renowned foreign correspondent for the London Daily Express. He was lionised as the literary man of action: the most celebrated war correspondent of World War II; author of award-winning books; star travel writer of The New Yorker; pioneer publicist of wildlife conservation. His fame as a writer gave him the friendship of Ernest Hemingway, George Bernard Shaw and Field Marshall Montgomery and the courtship and marriage of his wife Lucy Milner, feminist writer at the Daily Express.

After 1945, he turned to writing books, including Eclipse, Gallipoli (for which he won the Duff Cooper Prize), The White Nile, The Blue Nile, and finally, A Late Education. He was awarded an OBE in 1946.