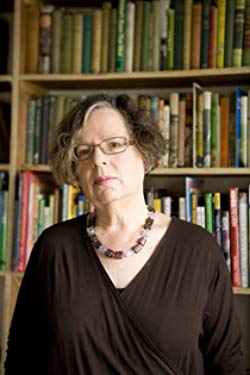 Adèle Geras was born in Jerusalem and  spent her early childhood in many different countries, such as Nigeria and British North Borneo. She went to Roedean School in Brighton, and from there to St Hilda’s College, Oxford. She graduated in 1966 in Modern Languages. (French & Spanish.)

She’s been an actress and singer, a teacher of French and a full-time writer since 1976. She’s published many books for children and young adults, including TROY, which was shortlisted for the Whitbread Prize (now called the Costas) and Highly Commended for the Carnegie Medal.

Her first novel for adults, FACING THE LIGHT, (2003) was published in 22 countries. Five  other novels have appeared since then, the latest of which is LOVE OR NEAREST OFFER. (Quercus pbk)

Her latest book for children is GIRLS WITH COURAGE and was published in early 2019.

She lived in Manchester for many years, before  moving to Cambridge in 2010.

She has two daughters and four grandchildren.

In December 2016 Geras appeared as a member of the team from St Hilda’s College Oxford in the Christmas Special of  BBC Two’s University Challenge.

She is a voracious reader, a keen knitter and watches far too much television. Her website is: http://adelegerasbooks.com