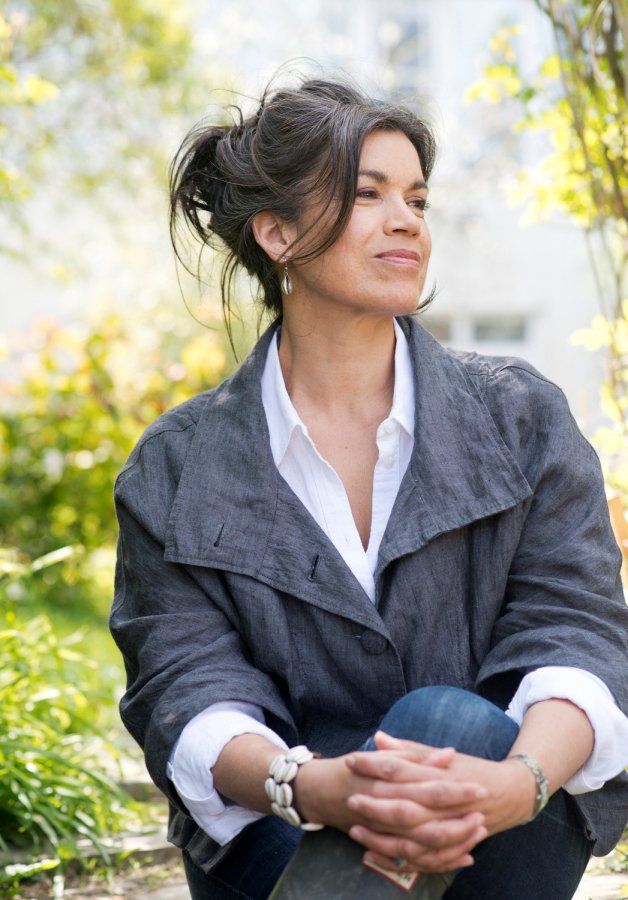 Laline Paull is known for her imaginative fusion of biology and science into emotionally gripping stories. Her latest novel POD, is a science-backed immersive marine epic of cetacean lives, in a tropical ocean changing beyond recognition. Beautiful and shocking, it’s for everyone who loves the ocean and can face the truth. Published now in the UK by Corsair Books, and by Pegasus in the US & Canada (Spring 2023).

Her debut novel THE BEES, was published in 2014 to critical acclaim, and is currently in development to be thrilling and technologically innovative theatrical production, details imminent. Set in a beehive and based on the real biology of the honeybee, it was shortlisted for the Baileys Prize in 2015, won the Orion Award (US), was longlisted for the IMPAC Prize and the Desmond Elliott Prize, and has been translated into 22 languages, most recently Japanese and Simplified Chinese.

THE ICE (2016), her second novel, is an eco-thriller about a naive British businessman’s involvement in the fast-changing Arctic. Based on good science, outrageous testimonials from the lucrative side of climate change, and the realpolitik of international treaties, it has been published in Germany, Poland and Russia. In 2017 it was long-listed for the Glass Bell Award (UK).

Laline has worked as a screenwriter for both film and television in Hollywood and London and is a member of BAFTA and The Writers’ Guild of America (West).

She speaks at many national and international literary festivals and writes occasional journalism.