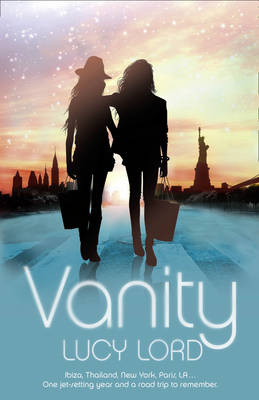 Following on from Lucy Lord’s brilliant debut novel, Revelry, comes Vanity. Oozing with sex, wild partying and scandal join Bella and best friend Poppy as they continue to navigate the world of being young, fun and (almost) carefree.

Glamorous Poppy seems to have it all, and after a long tough year she is damn well going to enjoy it. But as Poppy’s career in New York goes from strength to strength, her husband, Damian’s takes a nosedive and she begins to wonder if love really can survive anything.

In London, Poppy’s best friend Bella is basking in that new-couple glow with her boyfriend Andy. But, not everything is as perfect as it seems, and Bella can’t help but be a little jealous of her best friend’s Big Apple adventures. Meanwhile, their arch-nemesis, shallow but beautiful Ben, is in Hollywood to make his name on the silver screen, and annoyingly, is doing rather well at it!

From St Tropez to New York, LA to the impossibly chic Paris; join Bella and Poppy and their friends as they face the reality of friendships pushed to the limits, and embark on a road trip that they’ll never forget…