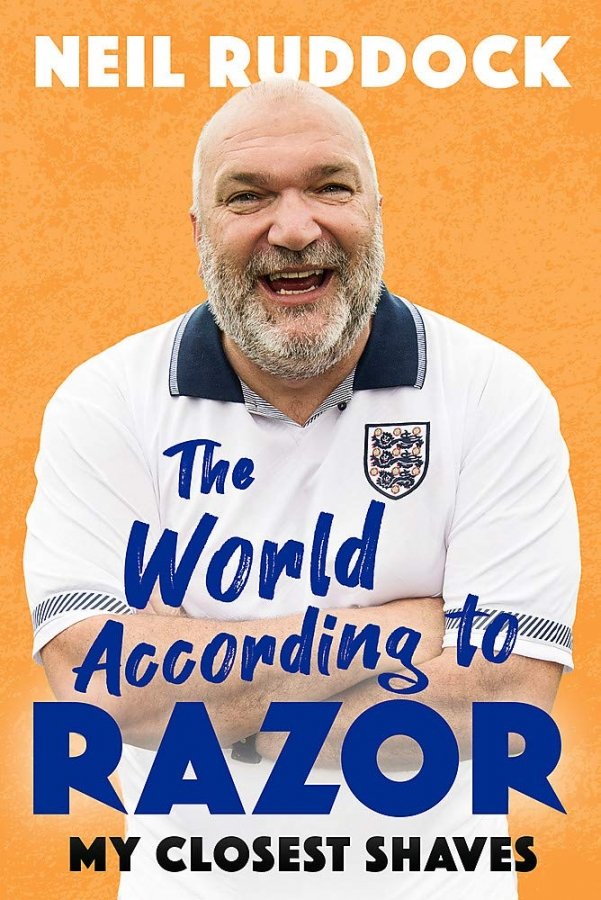 The World According to Razor

The two things Razor Ruddock can’t resist in life are a pint and a dare. That and seventeen years as a professional footballer under his belt means he’s got a story or two to tell. Chickening out of a fight with Eric Cantona, robbing Alan Shearer’s minibar, cinema trips with Gazza, becoming mates with Ian Wright – Razor has seen and done it all.

Packed full of hilarious anecdotes, Razor gives us his take on the beautiful game, sharing his tactics (good banter is a defender’s duty), red mist (and red cards) on the pitch, run-ins with the FA and his theory as to why Ingerland never do as well as we’d like, as well as his best ever goal and the greatest night of his sporting life.

Razor also lifts the lid on his bad reputation and reveals his regrets, his heroes, his greatest fears (notably upsetting the missus) and what it takes to make Britain’s hardest footballer cry. Poignantly, he shares his views on the importance of family and his concerns over footballers’ mental health. And the biggest surprise of all: that he was a shy and retiring young lad (and that his love of swearing comes from his mum).

With his trademark sense of humour and foot-in-mouth disease, The World According to Razor is like having a pint down the pub with Razor himself.