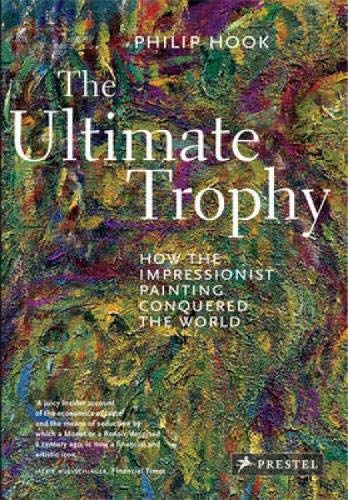 In 1892 Degas’ painting In the Cafe was sold for a mere 180 guineas at auction with the public hissing as the hammer fell. Less than a century later another Impressionist work, Renoir’s Moulin de la Galette sold at Sotheby’s for £44.5 million accompanied by enthusiastic applause.

In this history-cum-memoir Philip Hook, Senior Director of Sotheby’s Impressionist and Modern Art department, examines the public’s change of heart toward Impressionism.

Starting with its shocking novelty and confounding style, he traces the impact of the Impressionist painting as it spread to Germany, America and Great Britain polarising modernists and conservatives. Equally fascinating is the story of Impressionism’s change in status.

More than exceptionally pretty pictures, Impressionist works have become a currency in their own right, being bought and sold like blue-chip stock-coveted as much for their monetary worth as for their intrinsic beauty.

Drawn from Hook’s own experiences with art collectors and dealers, this fascinating chapter in art history is narrated through the lens of today’s art market.