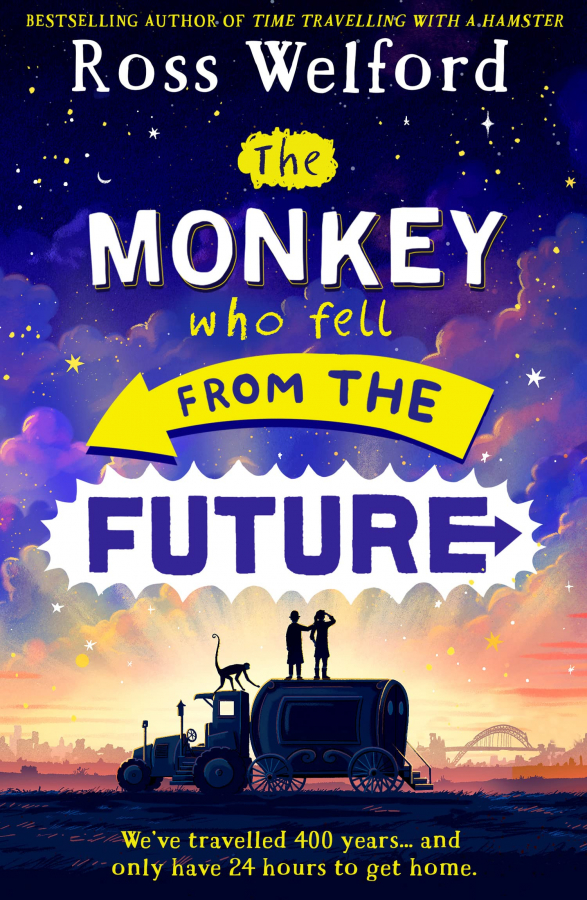 The Monkey Who Fell From the Future

The hilarious, moving and adventure-packed new novel for readers of 9 and up from Ross Welford, the bestselling and Costa-shortlisted author of Time Travelling with a Hamster

The year is 2425. Centuries after a catastrophic meteor collision, nature has retaken the earth. In a small town in what was once England, young Ocean Mooney and the monkey-owning Duke Smiff have just dug up a 400 year-old tablet computer.

Meanwhile, in the present day, Thomas Reeve and his genius cousin Kylie create the Time Tablet – a device which they hope will allow them to communicate with the future.

But when the Time Tablet malfunctions live on television, Thomas and Kylie are sucked into the year 2425 – and have only 24 hours to return home, and save the future of humanity…