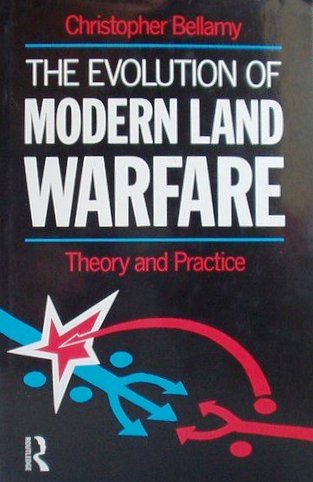 The Evolution of Modern Land Warfare: Theory and Practice

In this summary of the way modern land warfare, military thinking, concepts, and terminology have evolved, Christopher Bellamy demonstrates that military history can be of immense practical help to those concerned with the conduct of modern warfare “at the operational level”. Extensively illustrated with 52 of the author’s own campaign maps, battle maps and diagrams, the book surveys the evolution of warfare in Europe from the Napoleonic Wars to the present day and in Asia from the Middle Ages to the present. It considers the interaction of technology and warfare. Ranging widely in his choice of examples, the author includes two in-depth case studies – one on the Soviet Operational Manoeuvre Group and its predecessors in the Russian Imperial Army; the other on the long history of land warfare, including guerrilla warfare, in Asia. The author argues that Americans and Western Europeans ought to know more about the military experience and accumulated wisdom of Russia, China and other Asian countries. In particular he underlines the value of Asian campaigns as sources of universal lessons and principles of war.