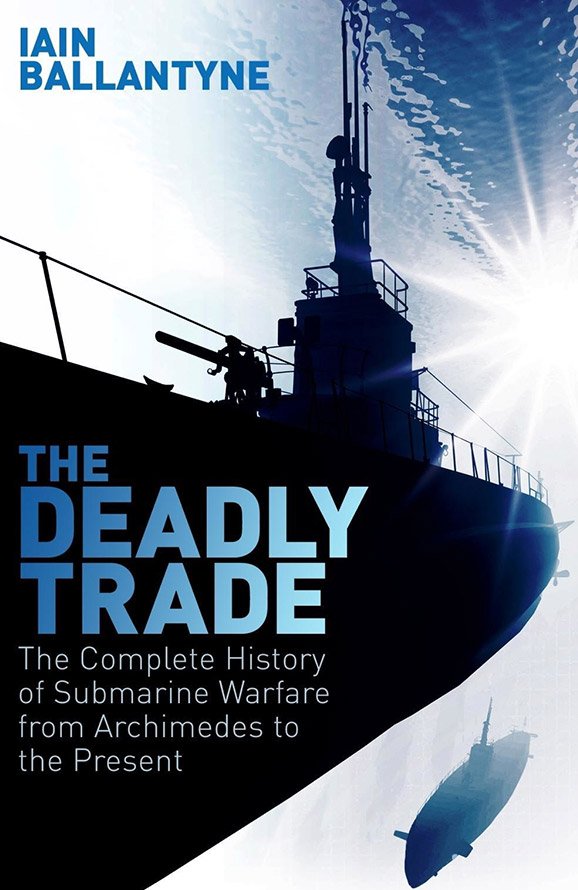 The Deadly Trade: A History of Submarine Warfare

The Deadly Trade is an exciting and comprehensive account of how an initially ineffectual underwater boat – originally derided and loathed in equal measure – evolved into the most powerful and terrifying vessel ever invented, with enough destructive power to end all life on Earth. Much-respected naval writer Iain Ballantyne considers the key episodes of submarine warfare and vividly describes the stories of brave individuals who have risked their lives under the sea, often with fatal consequences. His analysis of underwater conflict begins with Archimedes discovering the Principle of Buoyancy. Our clandestine journey then moves through the centuries and focuses on prolific characters with deathly motives, including David Bushnell who in 1775 in America devised the first combat submarine with the idea of attacking the British. Ballantyne also looks at pioneers in the area such as Admiral Jacky Fisher who helped to revolutionise the entire Royal Navy in the early 1900s.

The Deadly Trade considers the advances in technology during the twentieth century, which helped to make the submarine one of the most feared arsenals in war. Today, nuclear-powered submarines are among the most complex, costly ships in existence. Armed with nuclear weapons, they have the ability to destroy millions of lives: they are the most powerful warships ever created. At the heart of this thrilling narrative lurks danger and power as we discover warfare’s murkiest secrets.