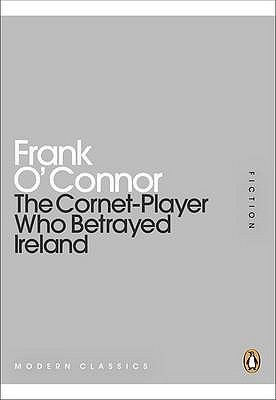 The Cornet-Player Who Betrayed Ireland

‘Father,’ I said, feeling I might as well get it over while I had him in a good humour, ‘I had it all arranged to kill my grandmother.’

Praised as Ireland’s Chekhov, Frank O’Connor was a modern master of the short story. From an amateur brass band divided by partisanship to English soldiers who befriend their Irish captors, and from a child’s comic confession to the end of a small-town friendship, these four humorous and tragic stories refract universal truths through the prism of 20th-century Ireland.

This book contains The Cornet-Player Who Betrayed Ireland, Guests of the Nation, A Story by Maupassant, and First Confession.