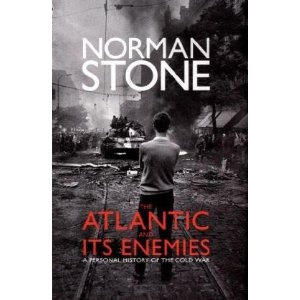 The Atlantic and Its Enemies

Those who survived the Second World War stared out onto a devastated, morally ruined world. Much of Europe and Asia had been so ravaged that it was unclear whether any form of normal life could ever be established again – coups, collapsing empires and civil wars, some on a vast scale, continued to reshape country after country long after the fighting was meant to have ended.
Everywhere the ‘Atlantic’ world (the USA, Britain and a handful of allies) was on the defensive and its enemies on the move. For every Atlantic success there seemed to be a dozen Communist or ‘Third World’ successes, as the USSR and its proxies crushed dissent and humiliated the United States on both military and cultural grounds. For all the astonishing productivity of the American, Japanese and mainland western European economies (setting aside the fiasco of Britain’s implosion), most of the world was either under Communist rule or lost in a violent stagnancy that seemed doomed to permanence. Even in the late 1970s, with the collapse of Iran, the oil shock and the Soviet invasion of Afghanistan, the initiative seemed to lie with the Communist forces. Then, suddenly, the Atlantic won – economically, ideologically, militarily – with astonishing speed and completeness.

The Atlantic and Its Enemies is a surprising, highly entertaining and pugnacious history of this tumultuous period.