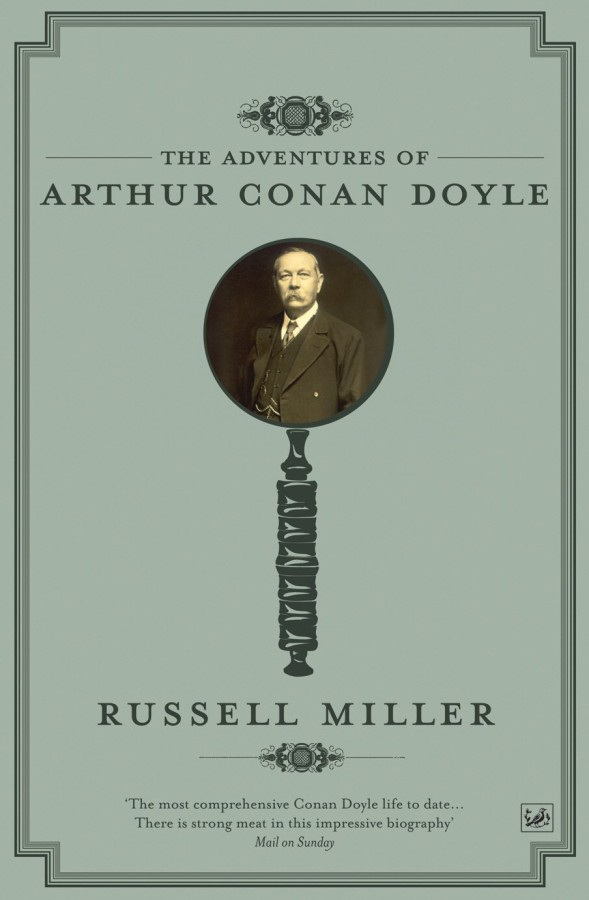 The Adventures of Arthur Conan Doyle

As the creator of Sherlock Holmes, ‘the world’s most famous man who never was’, Arthur Conan Doyle remains one of our favourite writers; his work is read with affection – and sometimes obsession – the world over. Writer, doctor, cricketer, public figure and family man, his life was no less fascinating than his fiction.

Conan Doyle grew up in relative poverty in Edinburgh, with the mental illness of his artistically gifted but alcoholic father casting a shadow over his early life. He struggled both as a young doctor and in his early attempts to sell short stories, having only limited success until his Sherlock Holmes stories became a publishing phenomenon and propelled him to worldwide fame. Whilst he enjoyed the celebrity Holmes brought him, he also felt that the stories kept him from more serious work.

Beyond his writing, Conan Doyle led a full life, participating in the Boer War, falling in love with another woman while his wife was dying of tuberculosis, campaigning against injustice, and converting to Spiritualism, a move that would ultimately damage his reputation.

During his lifetime Conan Doyle wrote more than 1,500 letters to members of his family, most notably his mother, revealing his innermost thoughts, fears and hopes: Russell Miller is the first biographer to have been granted unlimited access to Conan Doyle’s private correspondence. The Adventures of Arthur Conan Doyle also makes use of the writer’s personal papers, unseen for many years, and is the first book to draw fully on the Richard Lancelyn Green archive, the world’s most comprehensive collection of Conan Doyle material.

Told with panache, The Adventures of Arthur Conan Doyle is an unprecedentedly full portrait of an enduringly popular figure and an outstanding literary biograhy.