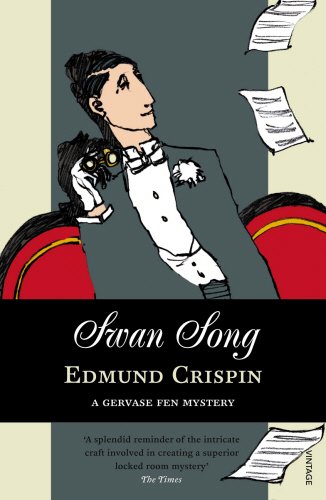 As inventive as Agatha Christie, as hilarious as P.G. Wodehouse – discover the delightful detective stories of Edmund Crispin. Crime fiction at its quirkiest and best.

When an opera company gathers in Oxford for the first post-war production of Wagner’s Die Meistersinger its happiness is soon soured by the discovery that the unpleasant Edwin Shorthouse will be singing a leading role. Nearly everyone involved has reason to loathe Shorthouse but who amongst them has the fiendish ingenuity to kill him in his own locked dressing room?

In the course of this entertaining adventure, eccentric Oxford don and amateur sleuth Gervase Fen has to unravel two murders, cope with the unpredictability of the artistic temperament, and attempt to encourage the course of true love.

“A splendid reminder of the intricate craft involved in creating a superior locked room mystery… Crispin provides neatly observed characters, clues honestly presented, a denouement which is both outrageous and satisfying and a splendidly offhand opening.” – The Times