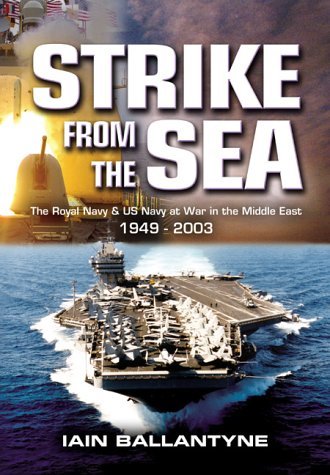 Strike from the Sea: The Royal Navy & United States Navy at War in the Middle East

The Arabian Gulf has been at the centre of the world stage and a major Oflash point’ for over 40 years.

Expert naval historian Iain Ballantyne examines the role of the US and Royal Naval forces in this troubled area over the period from 1961 to this present day.

He describes the various build-up of forces to counter numerous international threats and wars, be they the Israeli/Arab conflicts, Iran/Iraq War, the US hostage dramas, Iraq’s invasion of Kuwait and the Coalition Campaign that followed, the years of blockade and, of course, the recent invasion of Iraq, overthrowing Saddam Hussein.