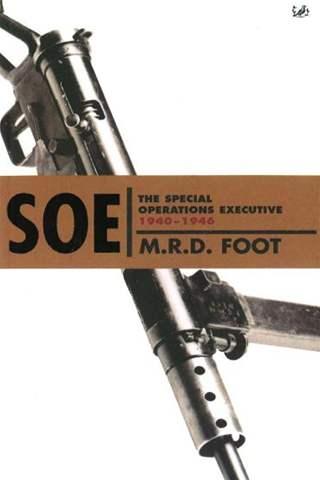 SOE: An Outline History of the Special Operations Executive

SOE, the Special Operations Executive, was a small tough British secret service, a dirty tricks department, set up in July 1940. Recruited from remarkably diverse callings, the men and women who were members of this most secret agency in the Second World War lived in great and constant danger. Their job was to support and stimulate resistance behind enemy lines; their credentials fortitude, courage, immense patience and a devotion to freedom.

The activity of the SOE was world-wide. Abyssinian tribesmen, smugglers, printers, policemen, telephonists, tycoons, prostitutes, rubber workers, railwaymen, peasants from the Pyrenées to the Balkans, even the regent of Siam – all had a part to play as saboteurs, informers, partisans or secret agents.

In this engrossing and illuminating study, the eminent Second World War historian, M.R.D Foot, sheds fresh light on the heroism of individual SOE agents across the world and provides us with the definitive account of the Executive’s crucial wartime work.