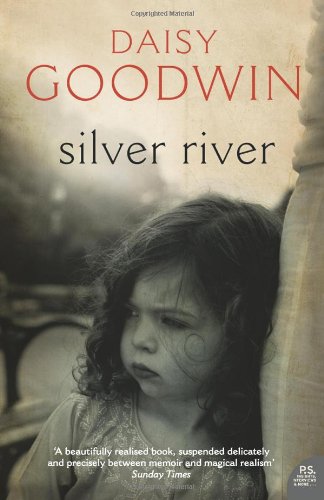 ‘Other children had imaginary friends; I had a fictional mother, a siren from the southern hemisphere.’

Daisy Goodwin’s mother left home when Daisy was five and embarked upon a bohemian life in Swanage. Daisy was brought up by her respectable father and her meticulous German stepmother and adored her glamorous mother from afar. She made sense of her mother’s difference and of her absence through her imaginings about the family’s unstable South American history. It was only when Daisy underwent a deep depression following the birth of her own daughter, that she felt the weight of her mother’s abandonment and the burden of her family’s past take root in her own life.

Daisy’s family, on her mother’s side, is as eccentric and wayward as any family could be. Her Irish forebears – a Catholic and a Protestant – were driven from their southern Irish home and emigrated to Argentina. Their history there is one of vast wealth rapidly acquired and just as rapidly lost, of gambling, of horses, of suicides and breakdowns, of isolation in the bleak expanses of the Pampas and of the heights of high society. In this extraordinary memoir, the contrasts between Argentina and England serve as a metaphor for the clashes in the author’s life, caught between two parents, two countries and two cultures. Intensely personal, funny and unsentimental, ‘Silver River’ explores universal questions about families, identity and growing up in a way that has never been done before.